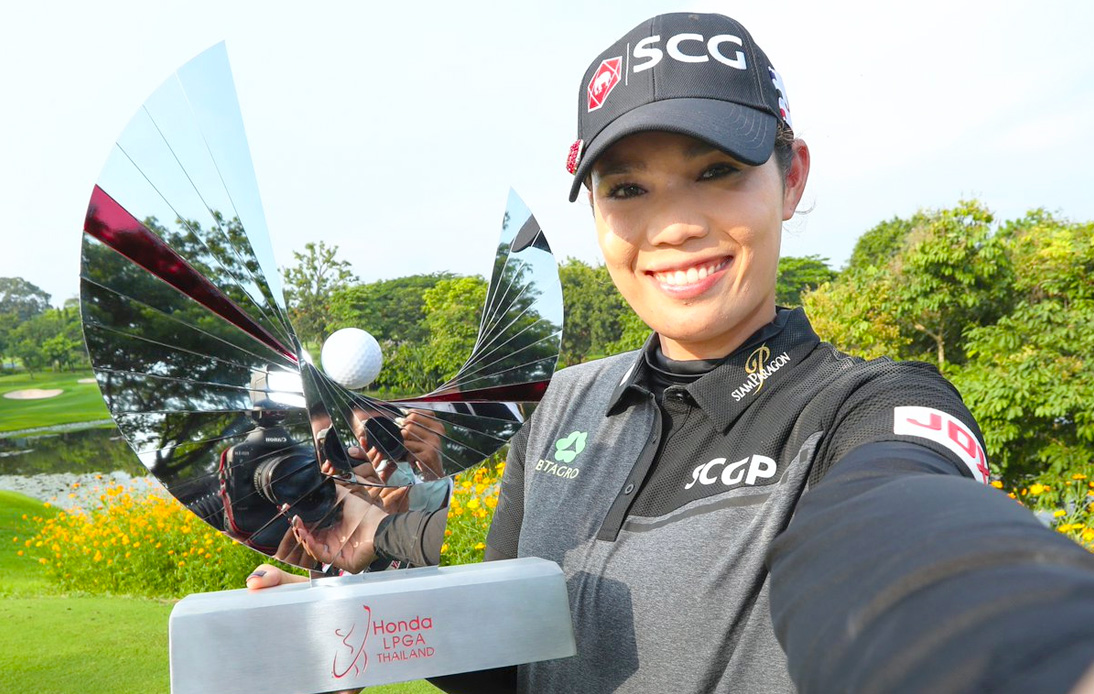 Thai golfer Ariya Jutanugarn was crowned champion of the Honda LPGA Thailand on Sunday, ending a long 14-year-old wait to get her hands on the trophy.  The Bangkok-born player scored a dramatic victory over compatriot Atthaya Thitikul, who she beat by just one stroke.

Despite the narrow victory, that one stroke lead was enough for Jutanugarn to finish on top of the $1.6 million tournament.

The 25-year-old hit a ninth birdie at the 18th hole to sign for an unblemished 63. Even so, the day was full of suspense, which was heightened by a thunderstorm that forced the game to be suspended for an hour.

Before her 11th LPGA title was confirmed, a tense wait in the clubhouse tested Ariya’s nerves.

In any case, Attaya, who had led by a shot with two holes to play, was unable to catch her up. Ariya’s tally of 22-under 266 ended a long journey that began in 2007, when she made her tournament debut as an 11-year-old amateur.

As her triumph became a reality, the former world number one shed tears of joy and relief, not only for winning the title, but for becoming the first Thai to do so.

“I’ve been waiting for so long and finally I got it so I’m really proud of myself,” she said.