‘Game-Time Decision’ for Tiger Woods To Play at The Masters 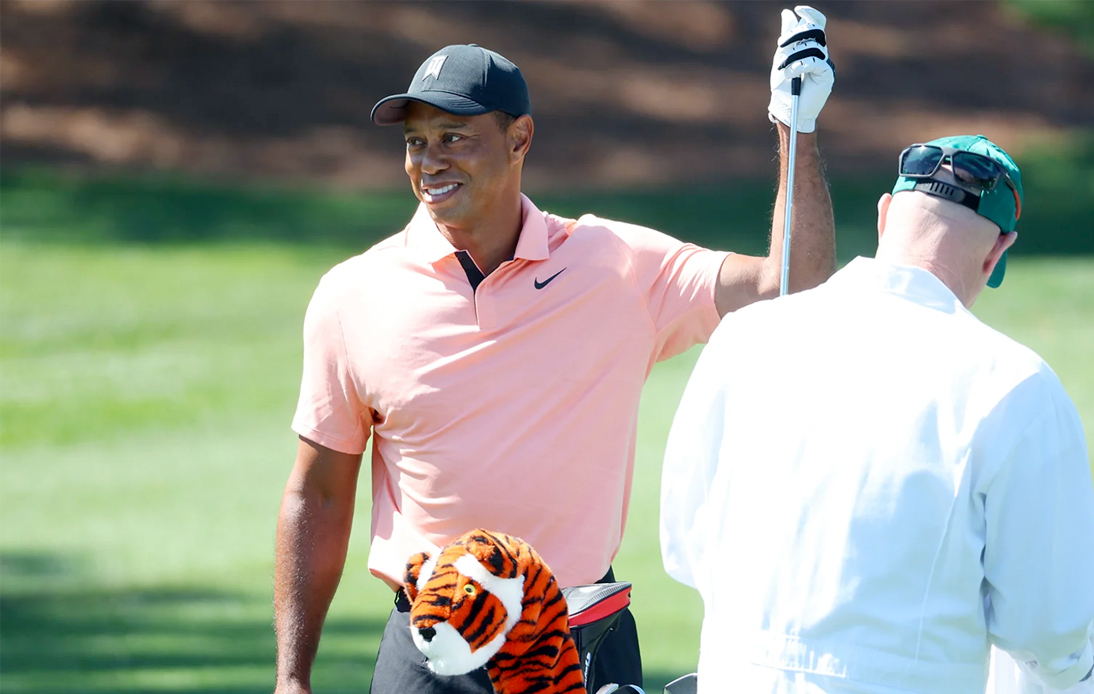 Tiger Woods, dressed in a peach shirt and black jeans, arrived at Augusta National’s driving range around 3:20pm on Sunday afternoon. During a 20-minute warm-up, he rapidly worked through his bag, finishing with three shots with a fairway wood and seven with his driver before stepping to a cart and being shuttled to the 10th tee.

Woods had tweeted earlier in the day that his highly anticipated attendance at the Masters would be a ‘game-time decision,’ but he didn’t appear to be a player whose status was in doubt.

Former FedExCup champion Billy Horschel, who witnessed Woods hit balls Sunday afternoon, told Globe, “He looked excellent to me.” “The way the swing looked and the pace reminded me of the Tiger we saw before the accident.”

Tiger won the Masters for the sixth time just three years ago. Woods was driving 290 yards into a small breeze on Sunday, according to Horschel’s estimates, which is quite far for a course he knows so well.

“For him to even be here this week, and hopefully be playing – which I think he is – I think we’re all giddy about it,” Horschel added.

This year’s Masters marks the 25th anniversary of Tiger Woods’ historic first victory at Augusta National, when he won by 12 strokes and established the tournament score record.

Horschel isn’t the only one who is looking forward to Woods’ return.

A week of anticipation has been built around videos of Woods strolling around his home course, Medalist Golf Club in Hobe Sound, Florida, and deplaning in Augusta, Georgia.

Woods’ first official competition following his single-car accident in February 2021 would be this year’s Masters.

His swing, on the other hand, isn’t in dispute. It’s his surgically healed right leg, which surgeons contemplated amputating after it was badly wounded in the accident last year. Because of its rough topography, Augusta National appeared like an improbable place for Woods to return. Augusta National is “the hardest walk in golf,” according to ESPN’s Curtis Strange, a two-time US Open champion.

When Woods and his son Charlie won the PNC Championship in December, they were permitted to ride in a cart and didn’t have to hit all of the shots in the scramble event. Tiger’s ability to walk 72 holes plus practice rounds will determine when he returns to the course. He didn’t know when that would be when he talked at his Genesis Invitational in February.

“The walking part is something that I’m still working on, working on strength and development in that,” he said while expressing frustration that his recovery was taking longer than expected. “It takes time.”

The flat links of St. Andrews, which hosted the Open Championship this summer, appeared to be a viable option for Woods. However, when Woods remained in the field and was not included in the “Past Champions Not Playing” section of the Masters website, speculation about a possible Masters presence intensified. Then, according to flight-tracking websites, Woods’ private plane was on its way to Augusta.

Although Woods has yet to announce his participation in the Masters, Sunday provided one encouraging indication for fans eager to see him return.