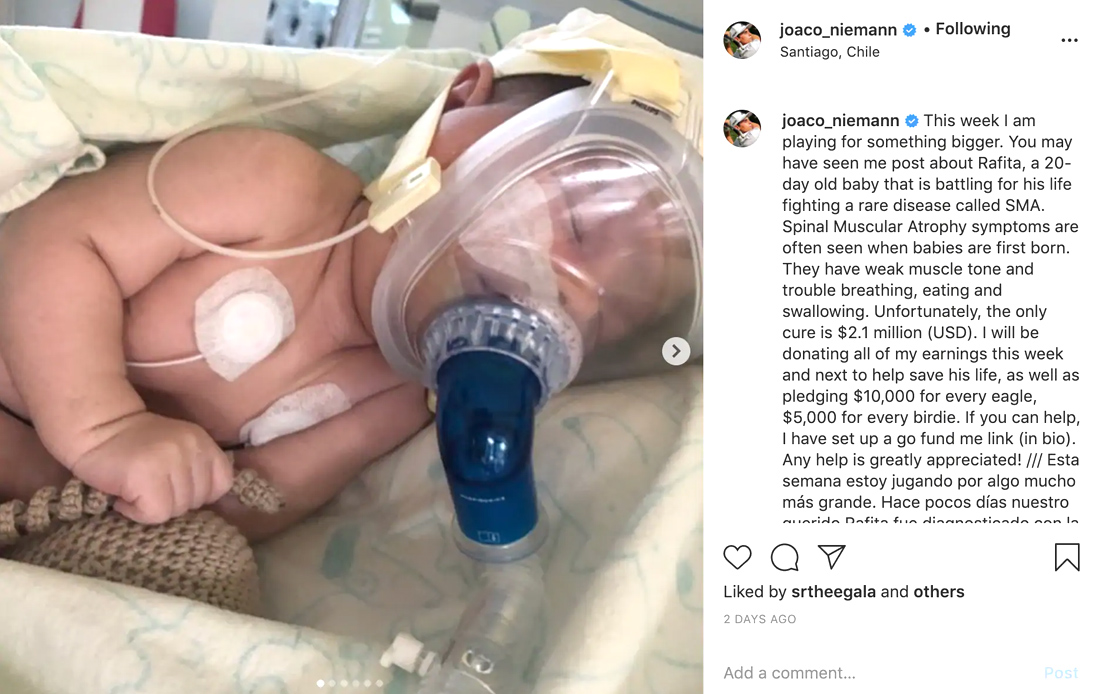 Young golfer Joquin Niemann has made headlines in several countries after it emerged that he has helped raise $2.1 million to help save the life of his young cousin.

This was the latest in a long series of important events that have marked his life for the past two years. In 2019, he announced himself to golf’s elite with a stunning PGA Tour victory (while still a rookie).

For Niemann, however, the year 2020 was marked by events that took place away from the golf course.

In October last year, her little cousin was born, something that brought great joy to her family. However, that happiness was not last long.

“It was amazing, but after a couple of weeks, we found out that he had a really rare disease. We had no idea what it was and over time, we figured out that it was bad,” said the 22-year-old in a moving interview with CNN.

Rafita Calderon (Niemann’s new-born cousin) was diagnosed with Spinal Muscular Atrophy (SMA) an inherited genetic disorder that causes the death of nerve cells responsible for moving muscles that allow us to walk, talk and breathe.

However, in the last few months, Niemann has carried out solidarity initiatives that have made it possible to raise the money needed for Rafita’s treatment.