Jadon Sancho Happy to Be Mentor to Dortmund’s Youngsters 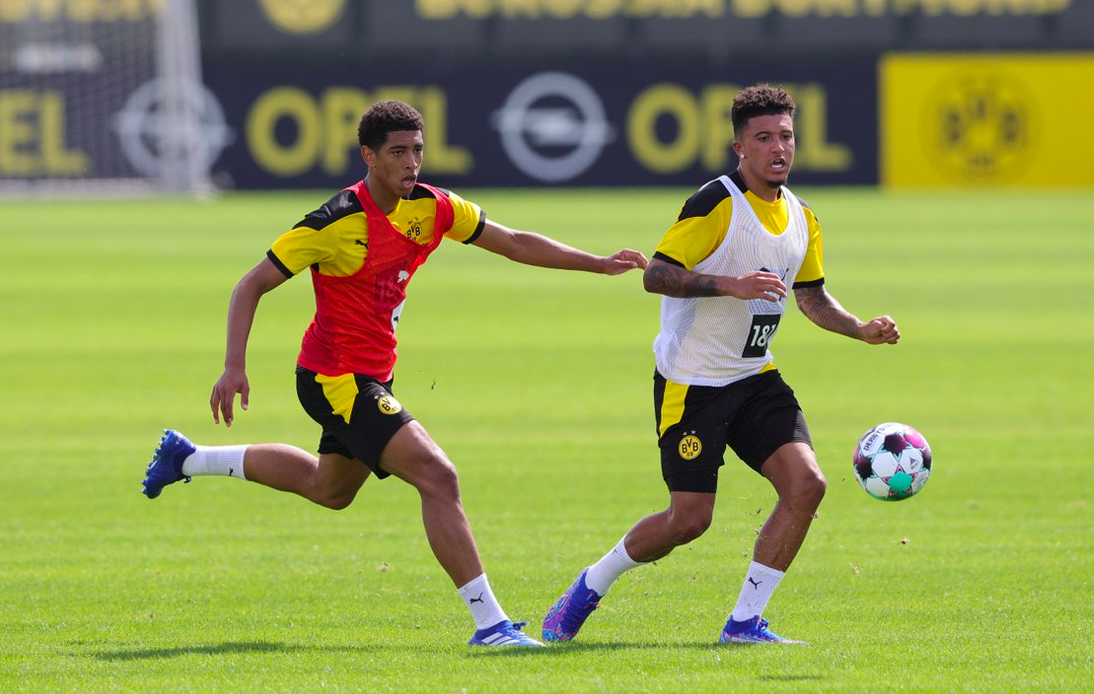 Borussia Dortmund and England striker Jadon Sancho, the top transfer target of Manchester United, has said that he is “very happy” to be on the same team as so many up and coming youngsters at the club, and that he intends to act as a mentor to them.

Bundesliga outfit Dortmund had set a Monday August 10 deadline for a transfer agreement for Sancho to be reached with any club. Michael Zorc, the sporting chief of Borussia, said after the date passed without any development that Sancho would be lining up for the German side next season.

Sancho started in a pre-season match in Switzerland on Wednesday. Dortmund, managed by Swiss coach Lucien Favre, had their recent British signing from Birmingham City, Jude Bellingham, as well as American Gio Reyna, in their team. They are both just 17.

Sancho said after the game: “I love playing with this lot. They are a special bunch. We have got some special young players coming up. I am very happy to share the pitch with them and offer some guidance.”

He went on to say: “I joined Borussia when I was 17 – some of the lads are the same age. I have been there and done that. I can guide them in what’s good and what isn’t. I can hopefully give them motivation too.”

At the moment, United boss Ole Gunnar Solksjaer and his Old Trafford advisors believe that the valuation placed on Sancho by Dortmund, at £100 million, alongside astronomical salary demands and agent’s fees means that the current deal they have been offered is overpriced, in light of the recent COVID-19 pandemic that has reduced clubs’ ability to spend large transfer sums going forward.