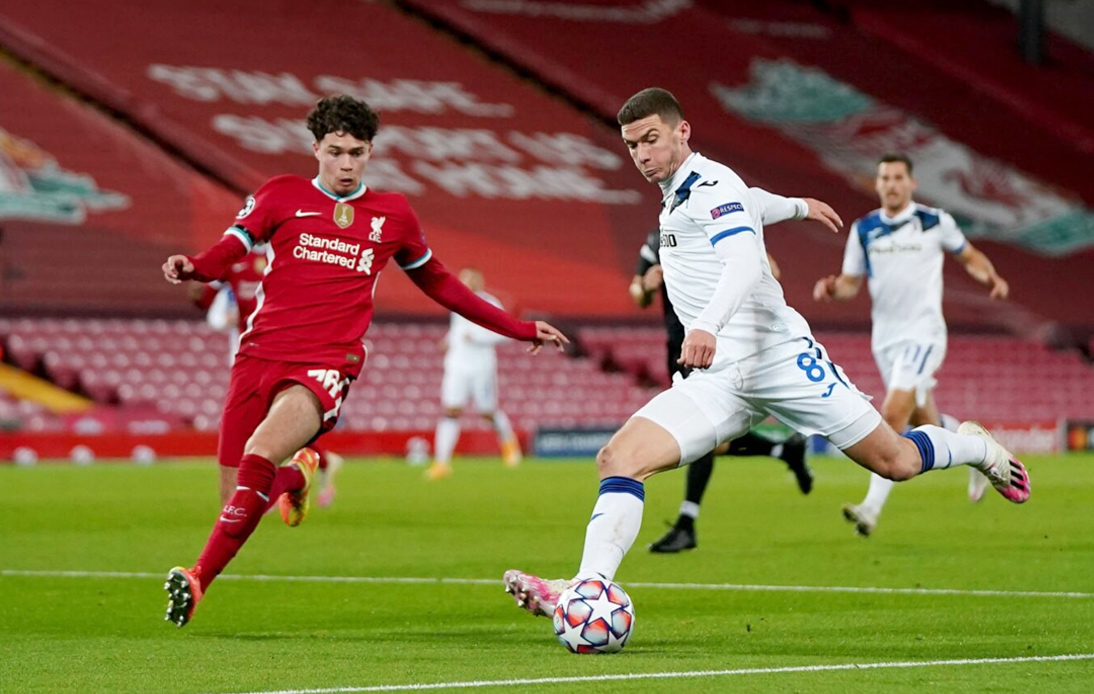 Disappointing night at Anfield Road, Liverpool lost 2-0 at home to Atalanta on Matchday 4 of the 2020/21 UEFA Champions League group stage.

With a comfortable points advantage in Group D, Jurgen Klopp decided to give some of his most important men a rest, such as Diogo Jota, Roberto Firmino, Trent Alexander-Arnold and Andrew Robertson. However, the starting 11 he chose wasn’t up to the task.

The Reds performed so poorly that they couldn’t even manage to get a single shot on goal throughout the game. Meanwhile, Atalanta wanted revenge after the humiliating 5-0 defeat they suffered at home against the current Premier League champions, and they got it.

At the 60th minute, ‘Papu’ Gomez sent a magic cross inside Liverpool’s box, Josip Iličić smelled blood and went to hunt the ball before placing it at the bottom of Alisson’s goal.

The Italian team did not allow Klopp’s men to assimilate the blow and four minutes later the second goal game. Gomez made another lethal cross, Hans Hateboer headed the ball and a close-range shot by Robin Gosens put the 2-0 in the scoreboard.

This is Liverpool’s first loss in the Champions League this season, still at the top of the group with 9 points. Atalanta now has 7 points, the same as Ajax.