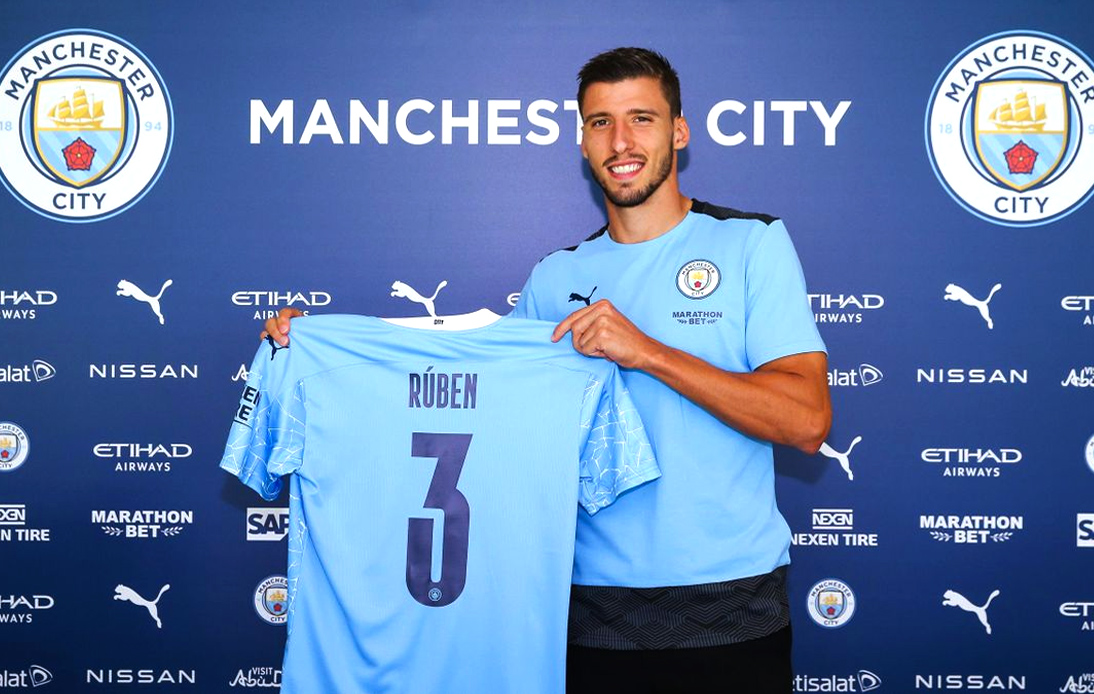 Manchester City has completed the £65 million signing of Benfica centre-back Ruben Dias on a 6-year deal. Nicolas Otamendi will be joining Benfica as second part of the deal.

The deal had been mooted for several days, but comes as a very welcome signing after Manchester City conceded five goals at home to Leicester City in Pep Guardiola’s biggest defeat ever in the Premier League.

“To have the opportunity to join a club like Manchester City is a fantastic opportunity for me and one I couldn’t turn down,” Dias told his new club’s website.

“Their success speaks for itself. They have been the dominant team in England over the last few years, playing an attacking brand of football which I feel suits my own game. 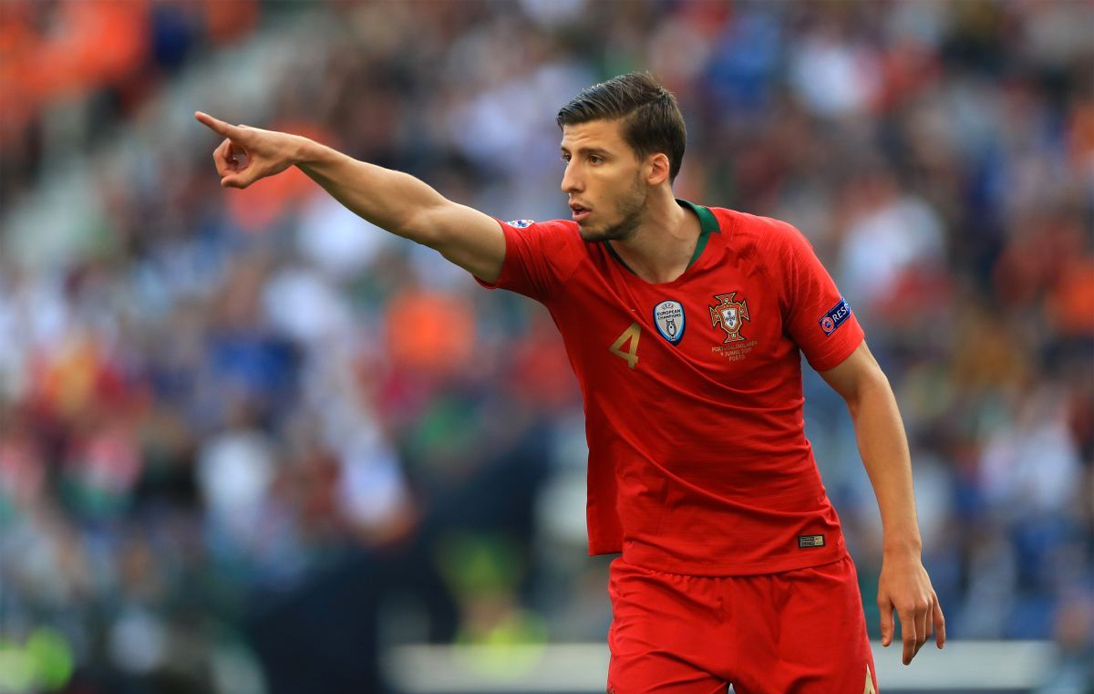 “It is really exciting to be part of such a talented squad and to play for a world class manager like Pep Guardiola, who has a proven track record of developing young players like myself.”

While that may be the case, Guardiola’s free-spending on defenders combined with City’s latest defeat and inability to win a European trophy has put the serial winner’s credentials under scrutiny as of late.

Dias is seen as the much-needed replacement to iconic ex-captain, Vincent Kompany, who departed in 2019 following City’s championship victory to return to his home team RSC Anderlecht in Belgium.

City’s director of football Txiki Begiristain said: “Ruben is a player we have admired for some time and we have been impressed with how he has progressed at Benfica.”

However, Dias’s stats suggest he could be a great addition as he leads the Portuguese league for passes completed and forward passes played for all positions since the start of the 2019/2020 season. This attacking passing style is something ex-centre back Vincent Kompany was also known for. 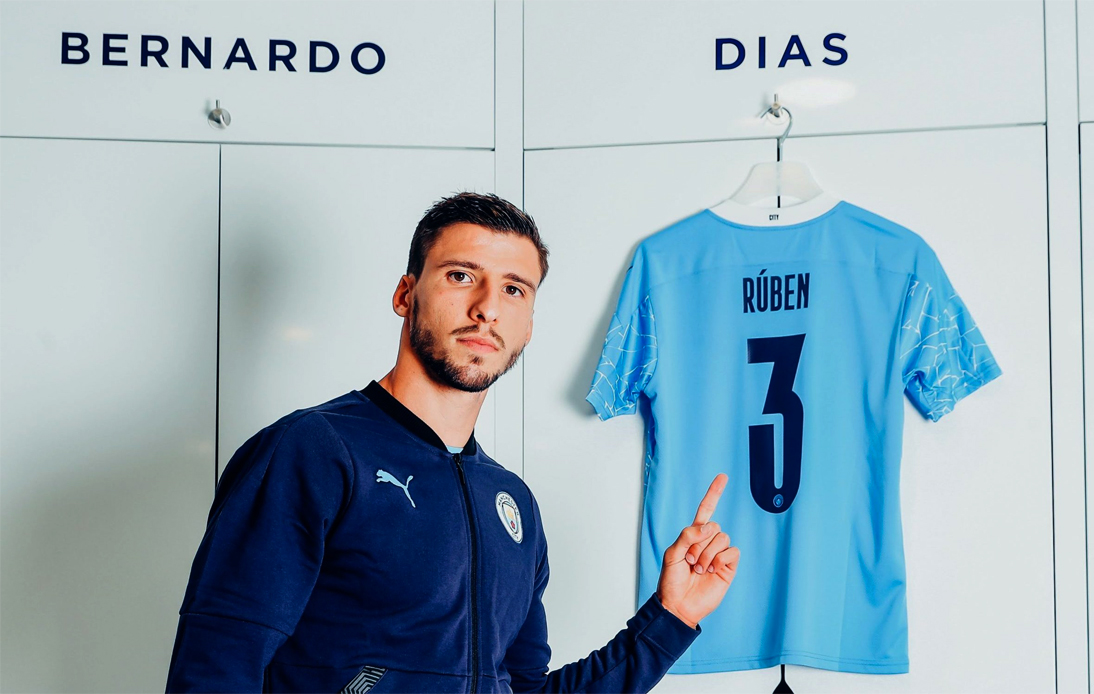 Begiristain added: “He has developed into a real leader and as a defender, he has all the attributes we are looking for. He is strong in the air, good in one v one situations and technically, he is very good, so we are confident he can thrive in our system.
“He is young, but has experience playing for a top European club in Benfica and we’re really pleased we’ve been able to sign him.”

However, a blunder on Manchester City’s website suggests Ruben Dias wasn’t the first name on their summer shopping list.

After officially announcing their new capture, the bottom line read: “Ask Koulibaly a question,” hinting that City may have expected to sign Napoli stopper Kalidou Koulibaly instead.

Instead, Ruben Dias becomes the most expensive defender in Manchester City’s history, with no fewer than six of City’s top 10 most expensive transfers being defenders.
We’ll see if he can plug the void left by Vincent Kompany?