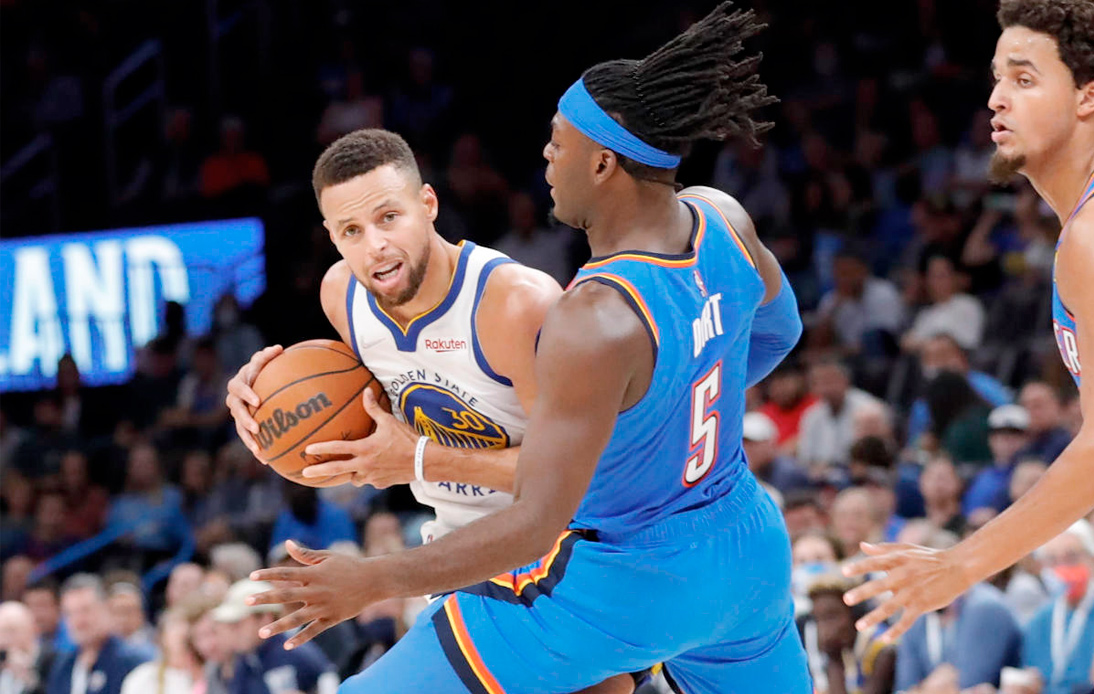 The Golden State Warriors remained undefeated this season as they passed by the Oklahoma City Thunder winning 106-98 on Tuesday night.

The Warriors are by far a better team than the hosts but things didn’t go that smooth for Steve Kerr’s team.

Kerr planned to give his star player Steph Curry some extra rest but he needed his point guard to take care of business late in the game.

Oklahoma City led by 11 points at halftime and by 12 midway through the third quarter before Golden State began chipping away.

”We knew we were going to take him out mid-first, buy him a few minutes, hopefully, do the same in the third, but I didn’t feel comfortable doing that,” Kerr said. ”We were still climbing uphill a little bit.”

A 3-pointer by newcomer Otto Porter Jr. put the Warriors ahead for the first time in the game at 78-76, with a minute left in the third.

A 9-3 run with 3 minutes to go put the Warriors 10 points ahead which seal the deal for them.

Curry scored 23 points on 6 of 14 shooting in just over 32 minutes and never really got comfortable with Oklahoma City’s Lu Dort defending him.

”I thought Lu did a great job on Curry,” Oklahoma City coach Mark Daigneault said. ”A lot of teams throw two guys at him, but a lot of teams don’t have Lu Dort. We challenged him to take that on tonight and he did an unbelievable job. That guy earned everything he got.”

Andrew Wiggins had 21 points and Damion Lee scored 20 for the Warriors, who have opened the season with four straight wins.

Shai Gilgeous-Alexander scored 30 points on 11-of-19 shooting for the Thunder.