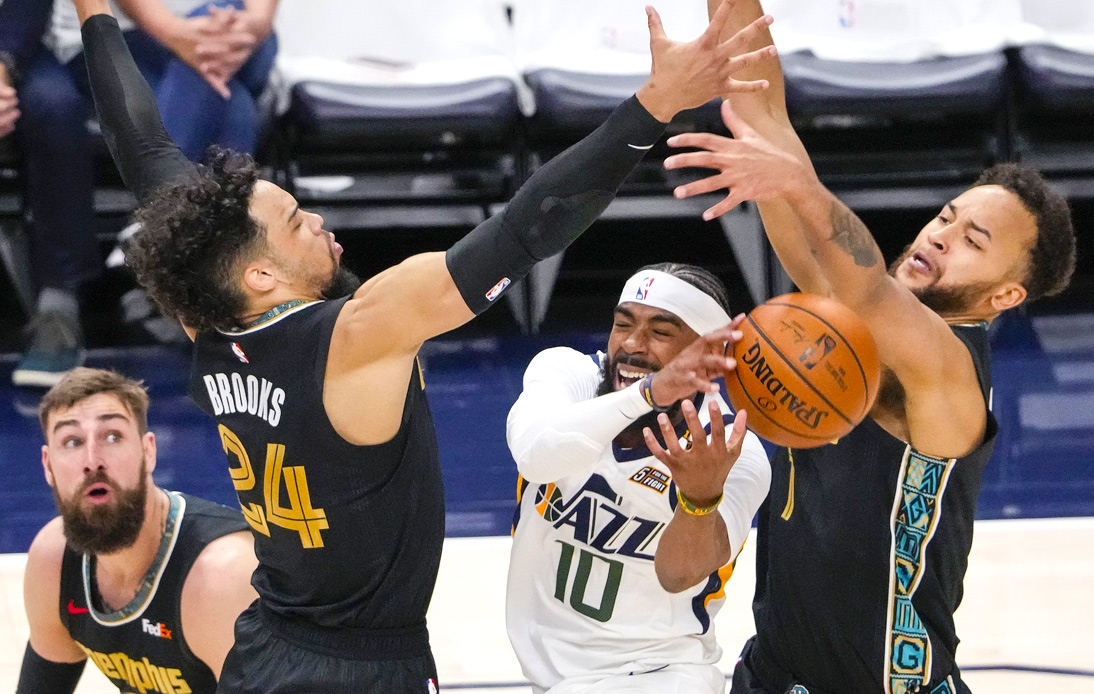 This Sunday, Memphis Grizzlies showed that they have big aspirations and pulled off an upset, beating Utah Jazz in their opening NBA Western Conference play-off game.

Eighth-seeded Grizzlies were definitely underdogs in the betting, but they came away with an epic 112-109 triumph over the top-seeded Jazz in Salt Lake City.

At the start of the game, things went better for the Jazz, who led by Bojan Bogdanovic (29 points and five rebounds) and Mike Conley (22 points, 11 assists and six rebounds) took the first quarter 24-17.

However, Memphis responded, came back and took the second quarter 32-19. Dillon Brooks (31 points, two assists and seven rebounds) was the team’s most outstanding player.

The visitors did not let their guard down and also took the third quarter 34-31. Mike Conley also had a memorable night contributing 22 points, 11 assists and six rebounds.

The home team tried to catch up and managed to take the last quarter 35-29, but it was not enough to win the game.

In other results, the reigning champions Los Angeles Lakers suffered a tough 99-90 away loss to the Phoenix Suns in their first play-off game.

Devin Booker was the star player of the night scoring 24 points, while the 18 points provided by LeBron James were of little use.