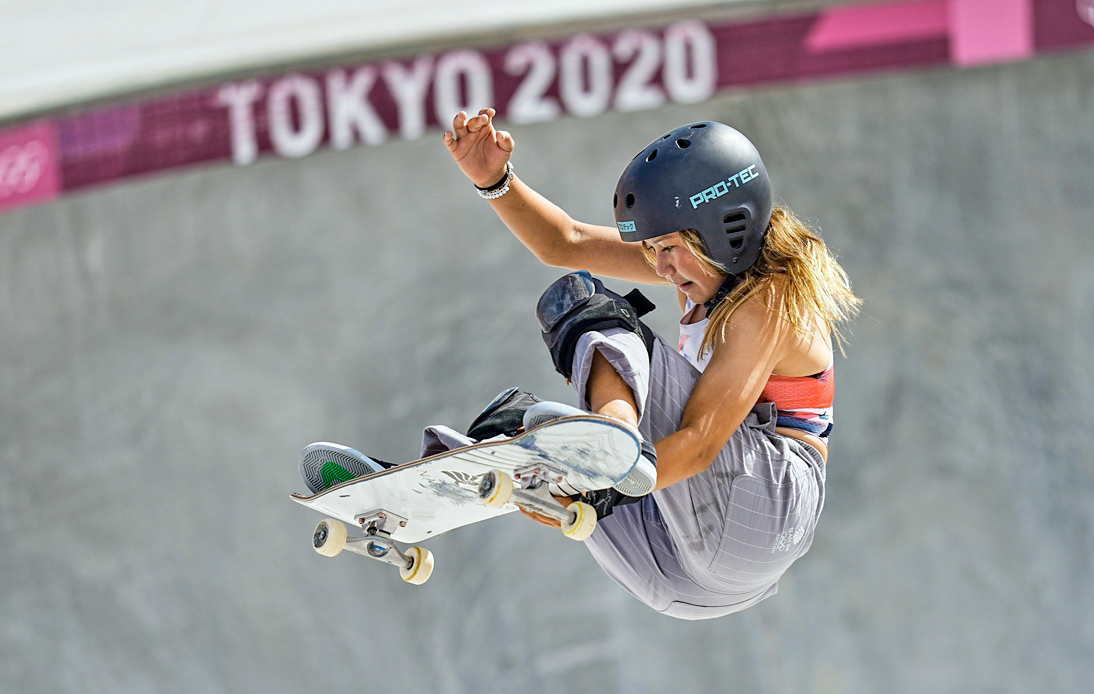 Sky Brown won the bronze medal in the women’s park skateboarding at Tokyo 2020 on Wednesday to become the UK’s youngest Olympic medal winner of all time at the age of 13 years and 28 days.

She also became the youngest athlete to represent Team Great Britain at the Olympics breaking Margery Hinton’s 93-year-old record. Hinton was 13 years and 44 days when she competed in the swimming events at the Amsterdam Games in 1928.

“It was a super sick final. All the girls were ripping it, it was insane,” said Brown after her historic performance.

“This is incredible – it feels unreal! I’m so happy to be here – I’m blessed. I was definitely bumped. I fell twice, that made the last run feel even better,” she went on to say.

Her magnificent achievement would not have been possible if the Olympics had took place last year.

In May 2020, Brown fell from a ramp while practicing, fracturing her skull, breaking her left arm and wrist and suffering lacerations to her heart and lungs.

Her injuries were so severe that her career was in jeopardy. Luckily, even though she is still only 13-years-old, she showed tremendous persistence and willingness to make history in Tokyo.

This was the first time skateboarding was present at an Olympic Games. The average age in the women’s skateboarding competition was just 17.

19-year-old Sakura Yosozumi from Japan won the gold medal with the best score of 60.09 points, while 12-year-old compatriot Kokona Hiraki claimed silver with 59.04.

Brown was awarded the bronze medal by receiving a total score of 56.47.

Brown turned professional at the age of 10 and soon became Nike’s youngest athlete. She has appeared in commercials with global icons such as Simone Biles and Serena Williams.

With an English father and a Japanese mother, Brown said that she felt like at home in Tokyo and that made her more comfortable and confident.

The future certainly looks bright for this skateboarding sensation who has captured hearts at the Tokyo 2020 Olympics.