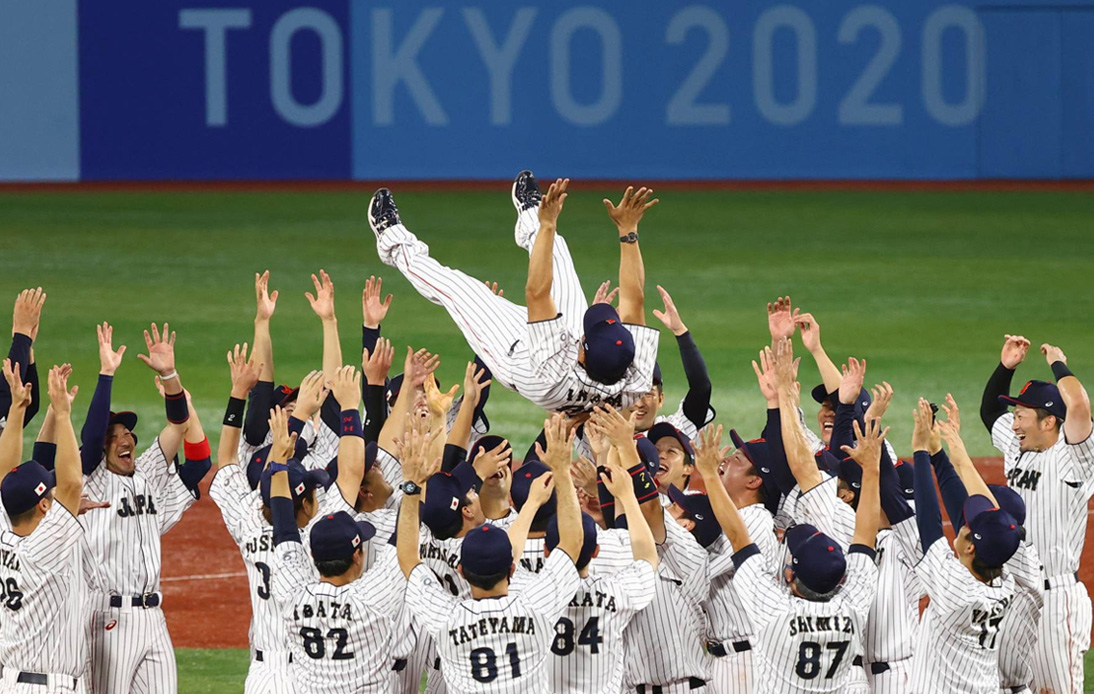 The Dominican Republic won the bronze after they beat South Korea by 10-6.

It was a huge day for the host nation who also celebrated the gold medal in women’s softball.

Masato Morishita was the key player for Japan as he pitched perfect five innings to start the match. The Hiroshima Carp player allowed only three hits and no walks, and struck out five batters generating 11 swinging strikes on 81 pitches.

Munetaka Murakami broke the tie in the third inning hitting a solo home run for Japan.

Tetsuto Yamada scored the second run in the eighth inning which was enough for Japan’s victory.

It was the first time the host nation to win the baseball Olympic tournament. This is Japan’s first gold medal after they won the silver in Atlanta in 1996 and the bronze medal in Barcelona in 1992 and Athens in 2004.

The silver medal was also the first for Team USA. They won the gold in 2000 in Sydney and the bronze in Barcelona in 1992 and Athens in 2004.

Despite losing the final match, the US infielder Eddy Alvarez made history becoming the sixth person and third American to win an Olympic medal in different sports at a summer and winter Olympic Games.

The now 31-year-old, who made his MLB debut last year for the Miami Marlins, won the silver medal at the Winter Games in Sochi in 2004 in the speed skating event.

“Feels like déjà vu,” Alvarez said. “It’s just as heavy as the other one. Same color, little different design, but it’s still an incredible journey, an incredible experience.”

“It’s hard to describe it, because it’s like bittersweet, but at the same time, it’s an unbelievable feeling,” he said.