Serena Williams Out of Roland Garros After Shock Loss 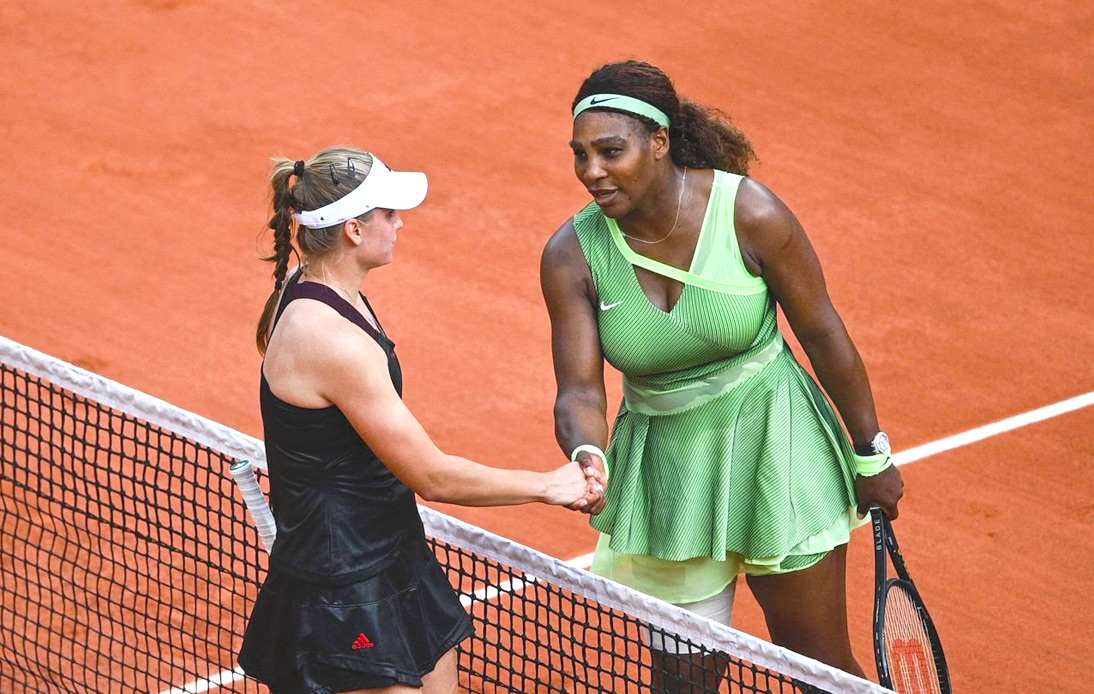 Serena Williams was eliminated from the French Open on Sunday after suffering an unexpected 6-3 7-5 defeat to Elena Rybakina.

In a memorable match, the 21-year-old surprised everyone and subdued the 23-time Grand Slam winner. This result completely breaks the women’s draw, a fact that the Kazakh will try to take advantage of.

From the opening games, Rybakina dominated the match with authority and, before the eyes of a helpless Williams, took the first set.

In the second set, Serena raised her level considerably and the match evened out, however, the Moscow-born youngster managed to overcome the pressure and seal her ticket to the quarter-finals, where she will face Russia’s Anastasia Pavlyuchenkova.

Williams, meanwhile, became the last top-10 seed to depart the women’s singles and once again saw her chance to win a coveted 24th Grand Slam title slip through her fingers.

Margaret Court remains the sole owner of that record. The next chance the American will have to match it will be at Wimbledon, a tournament that starts on 28 June.

“It was definitely close, there is literally a point here, a point there, that could change the whole course of the match,” Williams said after her defeat.

The Michigan native has not won a Grand Slam singles title since the Australian Open in 2017.