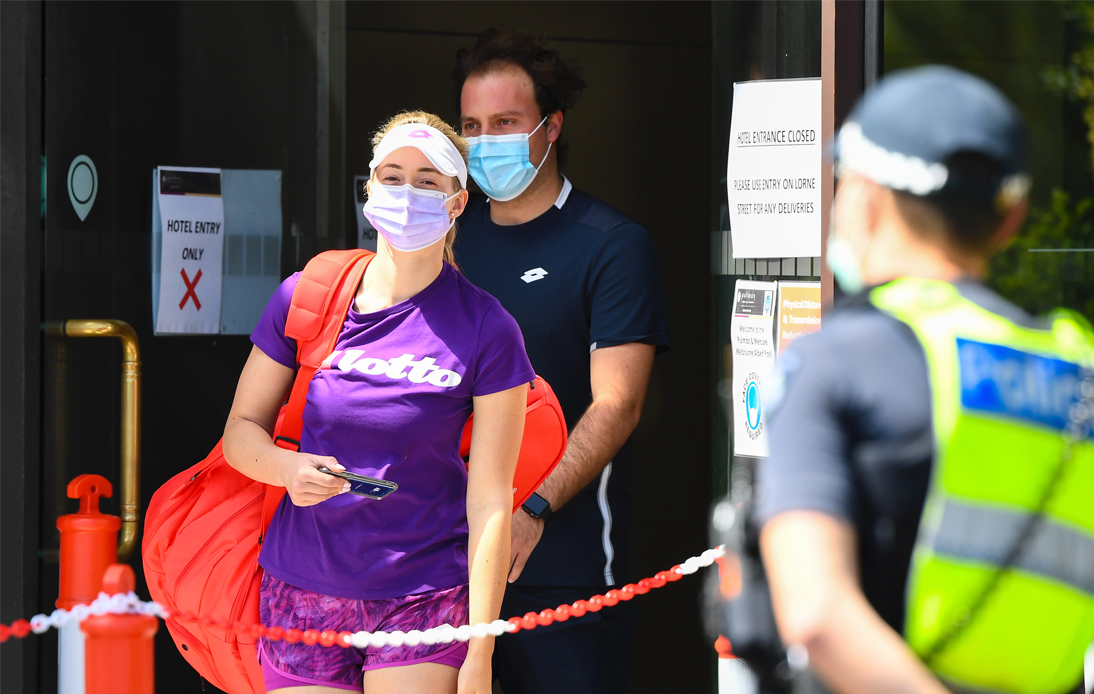 After 14 days of precautionary isolation, Australian Open tennis players have begun to leave the hotels where they were quarantined.  This news comes nine days before the start of the first Grand Slam of the season.

According to organisers, by Sunday approximately 500 players will have been released from the hotels they have been confined to in both Melbourne and Adelaide.

On Friday, several players were already allowed to leave their rooms, including Novak Djokovic, Rafael Nadal and Serena Williams.

Players quarantined due to the strict Covid-19 rules that the Australian government has imposed on all persons wishing to enter the country.

In early January, more than 1,700 players, staff and others tied to the tournament arrived in Australia on chartered flights.

Unlike other travellers, most players were allowed to leave their rooms for five hours a day to practice on court and exercise.

However, a group of 72 players were not granted this benefit due to the discovery of coronavirus cases on their flights and they had to be fully confined.

These measures have caused discontent and criticism from several players, who were concerned about how it would impact their preparation.

American player Tennys Sandgren said that he would have only three days of practice outside his hotel room before playing a competitive match.