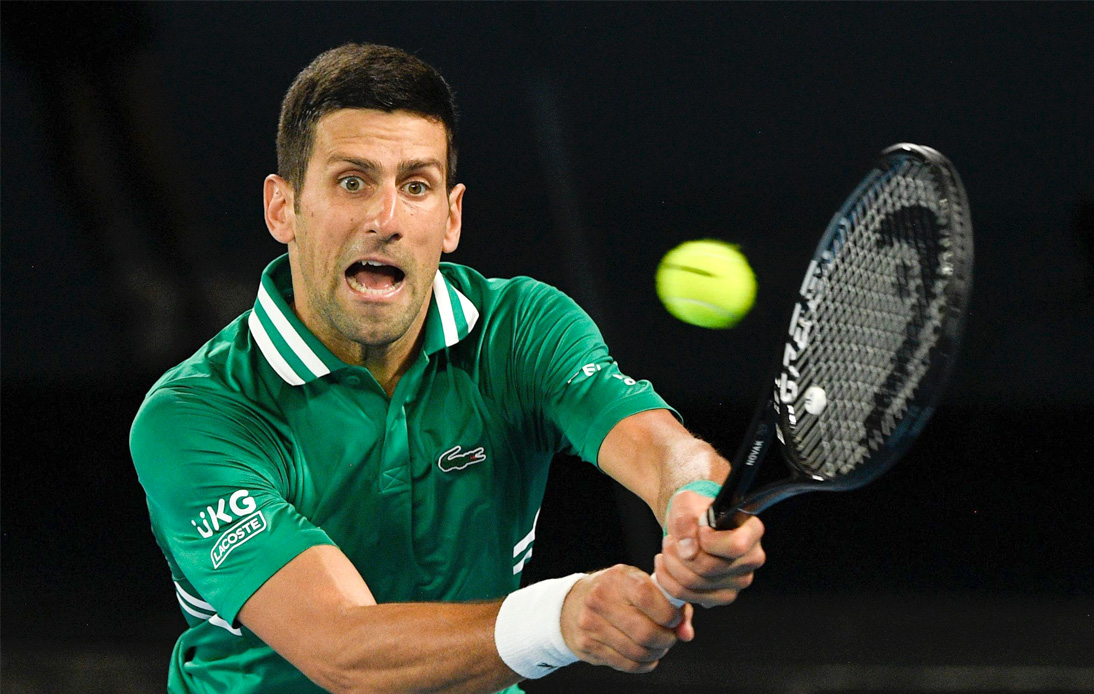 On Tuesday, Novak Djokovic again showed his tremendous competitive mentality and defeated Alexander Zverev 6-7 (6-8) 6-2 6-4 7-6 (8-6) in the quarter-finals of the Australian Open.

Despite being hampered by an abdominal injury that has plagued him since his third round match, the 33-year-old was able to impose himself at key moments to leave the German, who is still unable to beat a Top 10 player at a Grand Slam, on his way.

The first set gave us an inspired Zverev who hit a total of nine aces. Although he wasted two set points, he managed to redeem himself in a tight tie-break.

Far from being intimidated, Djokovic was a steamroller in the second set, taking a 4-0 lead. Zverev didn’t let up and managed to win two games on his serve, but Djokovic (relentless on serve) didn’t hesitate to finish off the set.

The third and fourth sets were Russian roulette, both had ups and downs. In the third set Zverev was up 4-1, but lost the next five games, making multiple errors (including double faults).

In the final set, Zverev was up 3-0, but again Djokovic rallied before prevailing in another tie-break.

Now the Serb will face Russian qualifier and world number 114 Aslan Karatsev who is living the dream in Melbourne.