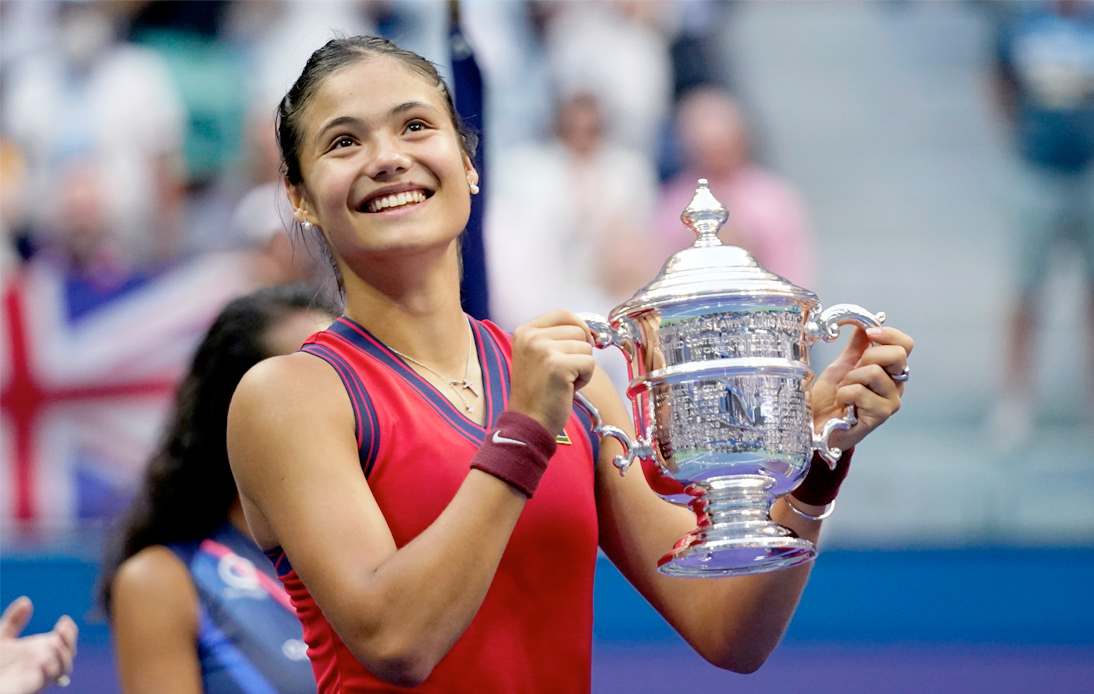 Emma Raducanu is the US Open champion after she defeated Leylah Fernandez 6-4 6-3 in 1 hour and 51 minutes at the Arthur Ashe Stadium in New York on Saturday.

The 18-year-old became the first Brit woman to become a Grand Slam champion in 44 years after Virginia Wade did that in 1977.

Raducanu is the first British woman to win the US Open after Wade who won in 1968.

She is also the first qualifier to win a Grand Slam, the second youngest to do so after 17-year-old Maria Sharapova won at Wimbledon in 2004 and the second-lowest ranked US Open champion after Kim Clijsters won in 2009 being unranked.

Raducanu threw herself to the floor in disbelief, as she finished the match with an ace serve to conclude one of the most sensational stories the tennis world has ever seen.

What makes her win even more impressive is that she did that without losing a single set in ten matches she played in New York including the three qualifying rounds.

The most games she lost in a set were five against Mariam Bolkvadze in the second qualifying round.

The runner-up Leylah Fernandez also had an impressive run out of nowhere to reach the final but in the end only one could have won, and that was the better one.

Raducanu played her aggressive game once again and Fernandez didn’t have any chance to come even close.

She earned £1.8 million in prize money and will move from the 150th spot on the WTA list to No. 23 from Monday.

Raducanu’s win is one of the biggest in the history of British sport which didn’t go unnoticed by the Queen herself.

“I send my congratulations to you on your success. It is a remarkable achievement at such a young age, and is a testament to your hard work and dedication,” the Queen Elizabeth II said.