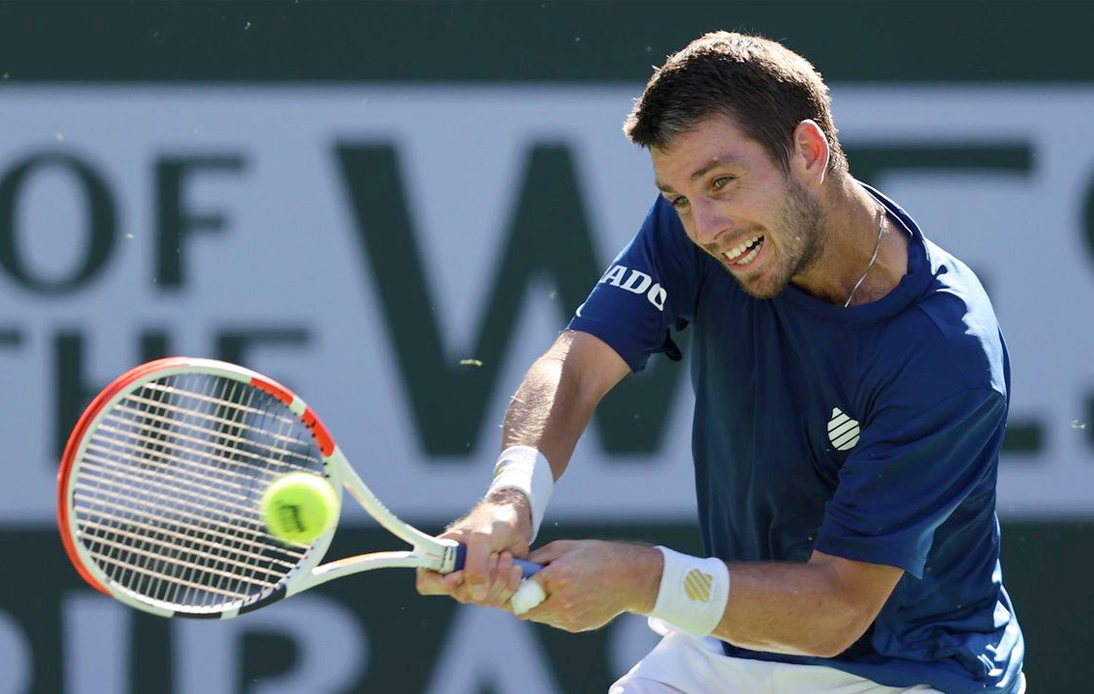 Britain’s Cameron Norrie has reached the Indian Wells semi-finals after the biggest win of his career as he defeated Argentina’s Diego Schwartzman in straight sets, 6-0 and 6-2.

After this win, Norrie will replace Daniel Evans as British number one.

The 26-year-old had tough matches in the first three rounds winning against Tennys Sandgren, Roberto Bautista Agut and Tommy Paul in three sets.

Norrie will face Grigor Dimitrov in the semis. The Bulgarian defeated Hubert Hurkacz in the quarter-finals after losing the first set.

Norrie’s win against Schwartzman is his 45th of the season and came after only 73 minutes on the court.

Norrie didn’t hide the excitement after the win.

“It was such a big moment for me playing my first Masters 1000 quarter-final, especially against Diego.”

“I thought I was in for an absolute battle. It’s probably the biggest win of my career. I’m really happy with the way I handled everything.”

Indian Wells’ success will give Norrie enough ranking points to break into the world’s top 20 for the first time in his career.

“With Diego you have to be careful. He snuck through a couple of matches already this tournament. I had to keep my foot down and was able to get that second break and relax and play some great tennis,” added Norrie.

Former British No. 1 Greg Rusedski was delighted by the win of his fellow countryman.

“It’s been an incredible performance from Norrie. The best tennis I’ve ever seen him play to dismantle Schwartzman. He’s now got a great chance to reach his first final. In my opinion, it was probably his best performance on a tennis court.”

Norrie has defeated Dimitrov in their only match so far. This year in Miami the Briton won 7-5 and 7-5.