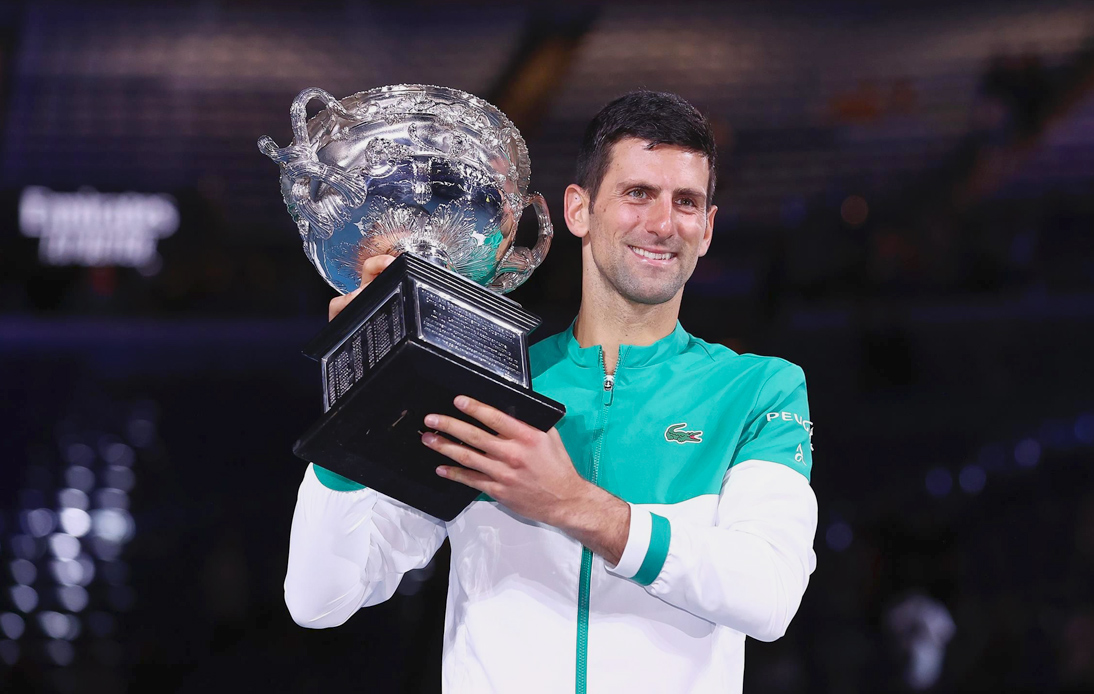 There is no doubt that, at the moment, Novak Djokovic is the king of world tennis. On Sunday he swept aside Daniil Medvedev with a resounding 7-5, 6-2, 6-2 victory in the 2021 Australian Open men’s singles final.

In this way, ‘Nole’ has won his eighteenth Grand Slam title and lifted his ninth trophy in Melbourne, the third in a row.

The pre-match context was not the most favourable for the Serb, who was widely criticised for his controversial abdominal injury and his suggestions regarding how players should be treated amid the quarantine required upon arrival.

But all that press criticism did not deter a living legend, who once again proved why he is the ultimate winner of this tournament.

He was a real earthquake from the start of the match, taking a 3-0 lead in the first set. He had an impeccable night, defending spectacularly against a Russian who began to despair when he saw how Novak countered his main weapon: his first serve.

The second and third sets were a walk in the park for ‘Nole’, watching his opponent crumble.

“I love you each year more and more. The love affair keeps going,” said the 33-year-old, referring to his favourite tournament. Not surprisingly, his legacy in Melbourne will be remembered for decades to come.