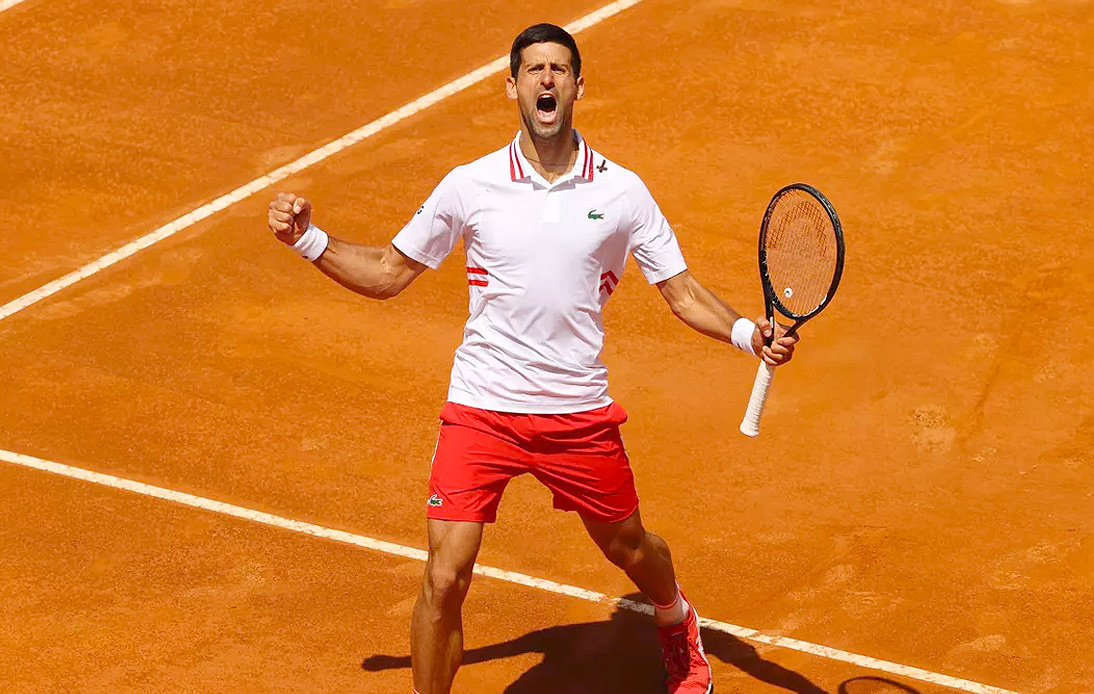 Novak Djokovic overcame adversity to defeat Stefanos Tsitsipas in the quarter-finals of the Rome Masters on Saturday.

The match had started on Friday, but had to be interrupted due to heavy rain in the Italian capital. That delay was almost a godsend for Djokovic, who was a set and a break behind.

This Saturday, after the resumption of the match, the Serb managed to dominate his emotions to take the match with a score of 4-6 7-5 7-5.

For his part, Tsitsipas had shown a near-perfect performance on Friday. Saturday morning, he resumed 2-1 in front and had reason to be optimistic, but Djokovic broke back in the eighth game to level the set at 4-4.

Still, serve problems continued to plague the Belgrade-born player, who had to save three break points in the next game before claiming the decisive break that gave him the set.

Djokovic had to continue to battle his frustrations as he was broken twice in the deciding set. The Serb was even given a warning for slamming his racket into the court surface.

Tsitsipas serve out for the match at 5-4, but Djokovic managed to survive, win the next three games and take the match.

In this way, he achieves yet another feat to keep his title hopes alive in Rome.