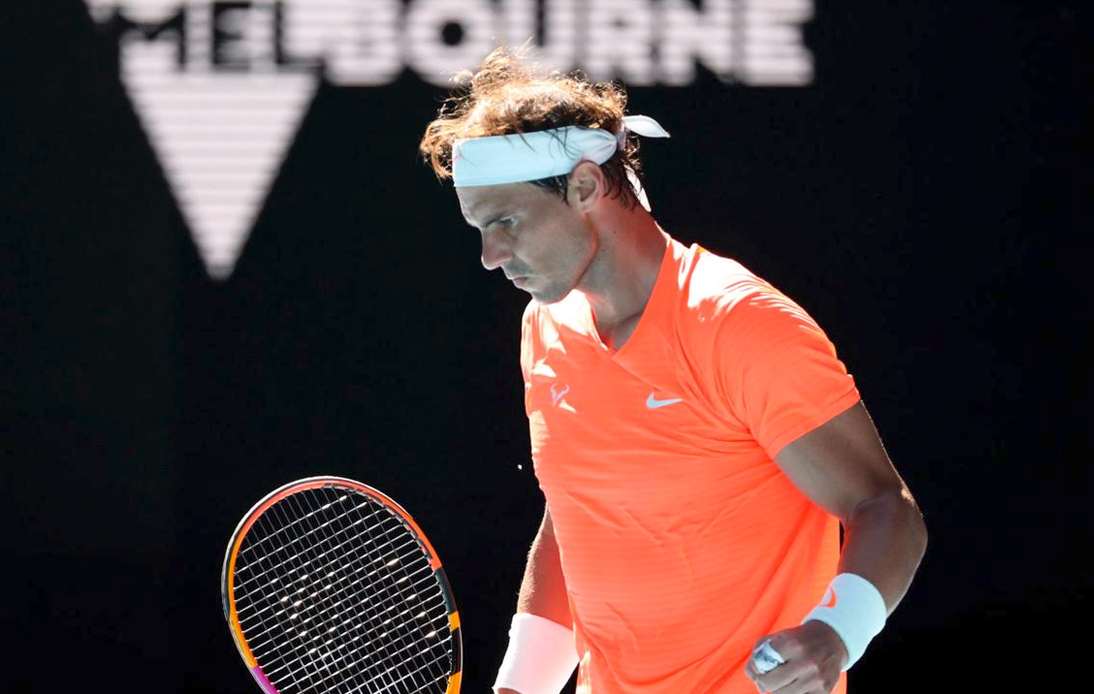 Rafael Nadal got off to the best possible start at the 2021 Australian Open on Tuesday.

The Spaniard defeated Serbian Laslo Djere in straight sets, by 6-3, 6-4, 6-1, in the first round of the first Grand Slam of the season.

With his performance, the world number 2 has dispelled speculation about his physical condition after he missed the ATP Cup due to lower back pain.

“I’m happy to be through to the second round. I did a good job today. Straight sets, that’s what I needed,” Nadal said in his on-court interview.

Despite having only played one match in more than two months (an exhibition match against Dominic Thiem on 29 January), Nadal showed great form against the world number 51, whom he beat in one hour and 51 minutes.

The 34-year-old revealed the secret behind his success: “It’s been a tough 15 days for me, because I had some issues with the back. I needed to survive today, and that’s what I did. I just tried to be focussed all the time, tried to get through.”

‘Rafa’ did not play with the aggressiveness and intensity to which we are accustomed, but his work from the baseline was enough to keep Djere on the back foot.

He is set to play American qualifier Michael Mmoh in the second round, to take place on Thursday in Melbourne.