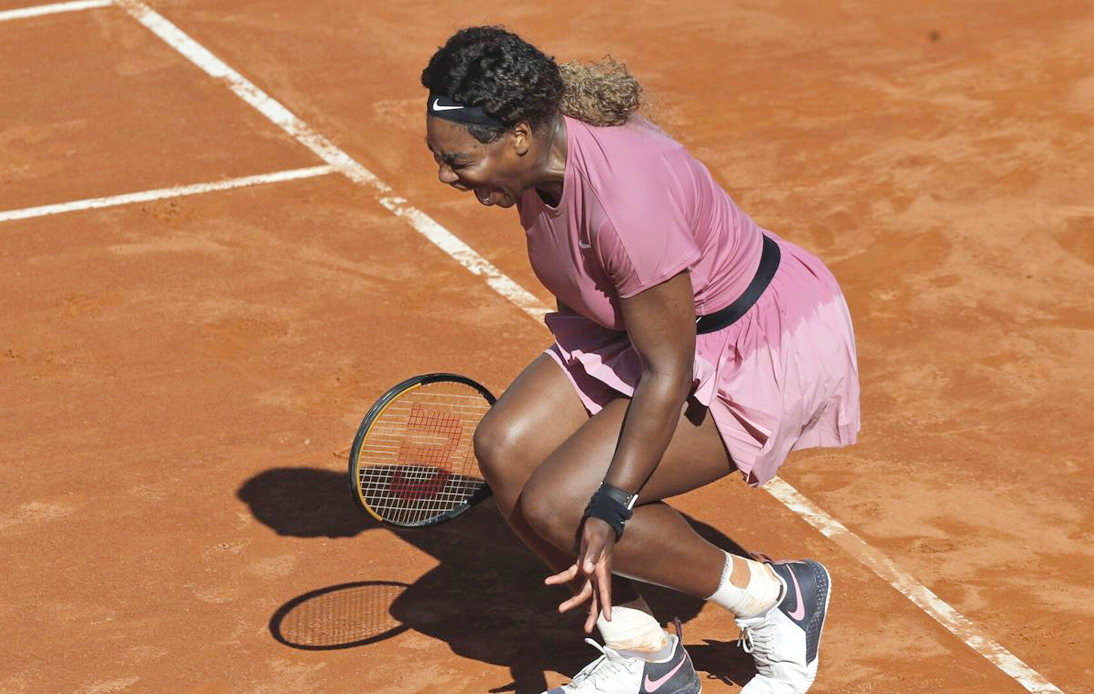 Tennis legend Serena Williams played the 1000th match of her successful and remarkable career on Wednesday. However, she was unable to celebrate in the best possible way, suffering a shock straight-sets defeat to Argentina’s Nadia Podoroska in a clash corresponding to the round of 32 at the Italian Open.

The 39-year-old also played her first competitive match since mid-February. That inactivity showed, as she lost 7-6 (8-6) 7-5.

Podoroska was able to withstand the pressure and was not intimidated by the former world number one. The Rosario-born player played with confidence, composure and skill and did not shake her pulse to secure the match against the 23-time Grand Slam champion.

Earlier in the day, prodigy Naomi Osaka suffered her second consecutive clay-court defeat. The Japanese  lost 7-6 (7-2) 6-2 to American Jessica Pegula in a blow to her preparations for the French Open, which starts on 30 May.

On the other hand, Simona Halep’s title defence was cut short due to an untimely injury. Now, the Romanian’s participation at the French Open is in the balance, as after undergoing medical examinations she learned that she has a tear in her left calf.

The world number three had to be helped off the court in pain as she retired from her match against Germany’ star Angelique Kerber.