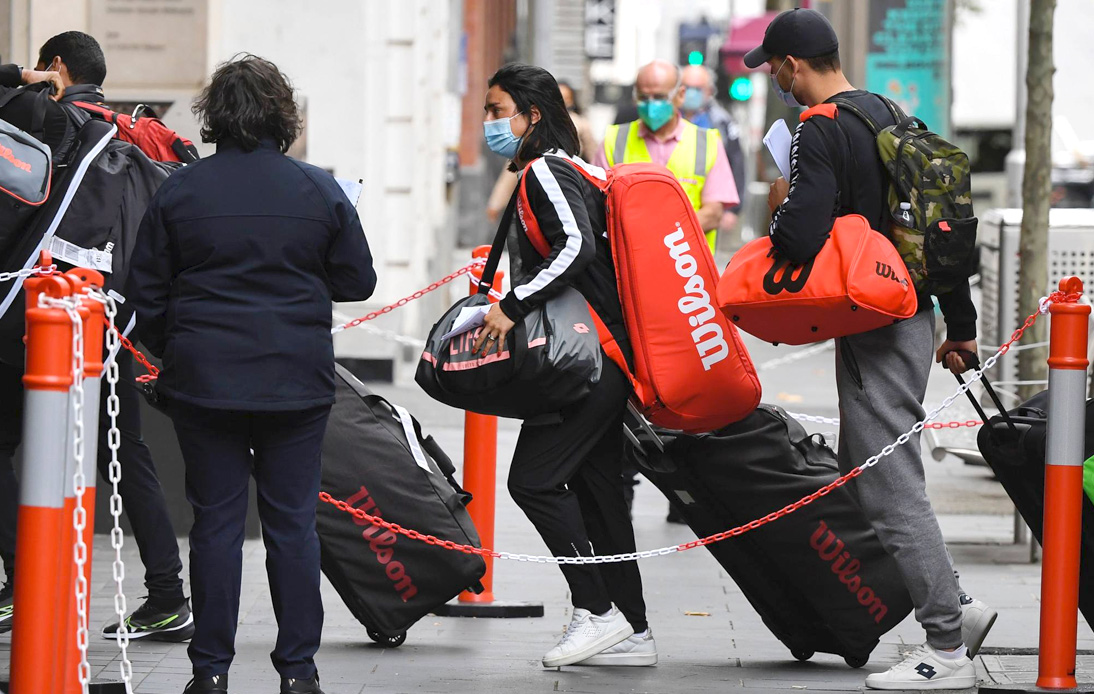 A total of 72 players preparing for the Australian Open have been confined to their hotel rooms after learning of a positive coronavirus test result on a flight bound to the tournament. This is the third flight to suffer from this problem.

“One positive Covid-19 test has been returned from a passenger on a charter flight into Melbourne from Doha. The passenger is not a member of the playing contingent and had tested negative before the flight. There were 58 passengers on the flight, including 25 players,” said the Australian Open in a statement.

The organization also clarified that the 25 players on board the flight from Doha to Melbourne were “already in quarantine hotels” and must isolate for 14 days.

Prior to these 25 new players, there were already 42 others who were in quarantine. Among the isolates are two-time winner Victoria Azarenka, 2016 champion Angelique Kerber, former US Open champion Sloane Stephens and former world number four Kei Nishikori.

Despite these setbacks, the organization of the first Grand Slam of the season assured that the tournament will go on.

Many players are frustrated by the confinement, as it negatively affects their preparations. However, despite the objections, organisers insisted they had made quarantine rules clear.