The Lakers Beat the Heat to Take a 2–0 Lead 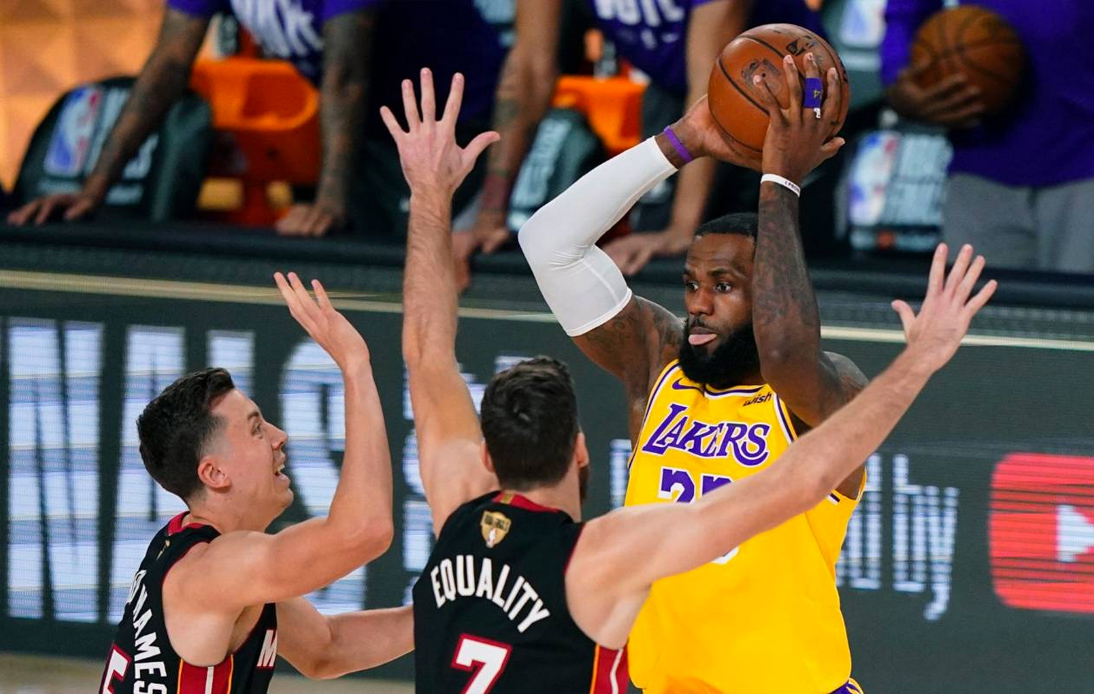 Lakers star LeBron James looks for a pass in game one of the NBA finals.
Share:

The Los Angeles Lakers continued their strong performance from game 1 by beating the Miami Heat comfortably in game 2. The Miami Heat were unable to stop Anthony Davis without the injured Bam Adebayo.

Davis feasted inside the paint the whole game and finished the game with 32 points and 14 rebounds. Even though Davis has stepped his game up tremendously in the playoffs we can’t forget about LeBron James who once again almost had a triple double. He scored 32 points, gave 9 assists and had 9 rebounds.

The Heat on the other hand really missed point guard Goran Dragic and all-star center Bam Adebayo. Power Forward Kelly Olynyk stepped up on the offensive side of the ball by scoring 24 points but he was a defensive liability against Anthony Davis.

Dragic’ loss was compensated a bit by rookie Kendrick Nunn but it was clear throughout the game that the Heat missed Dragic’ leadership and experience. Jimmy Butler once again played a solid game which is good news for the Heat as he didn’t seem to be hindered by Thursday’s ankle roll.

The game started of pretty even. Eventually the Lakers put a bit of a run together to finish the quarter up by 6 points. The second quarter was more of the same. The Lakers started strong and were up 27-40 at one point.

The Heat rallied together and came back 45-49. Eric Spoelstra then surprisingly took a time-out which killed the Heat’s rhythm immediately. The Lakers were able to then build their lead back up to 14 points before going into halftime.

The Lakers continued their run after halftime even going up by as much as 18 points before the Heat took a time-out. Veteran Udonis Haslem gave a strong and heartfelt speech in this time-out that pushed the players to play better.
It seems that the speech had an effect as Miami was able to win the quarter 39-35 and go into the fourth with a 10-point deficit.

The Lakers didn’t take any risks in the fourth as they slowed down and controlled the game. The Heat weren’t able to crack Los Angeles’ defense as the quarter ended on a 21-21 tie. The game ended 114-124 as the Lakers get their second win of the series.

At this point the double-headed monster of Davis and LeBron seems too much for Miami to handle. Adebayo needs to return in game 3 if they want to have a chance of beating the Lakers. Is seems improbable that Dragic will return this series so someone such as Kendrick Nunn or Tyler Herro will have to fill the void he left behind.