The Lakers Beat the Nuggets to Advance to the NBA Finals 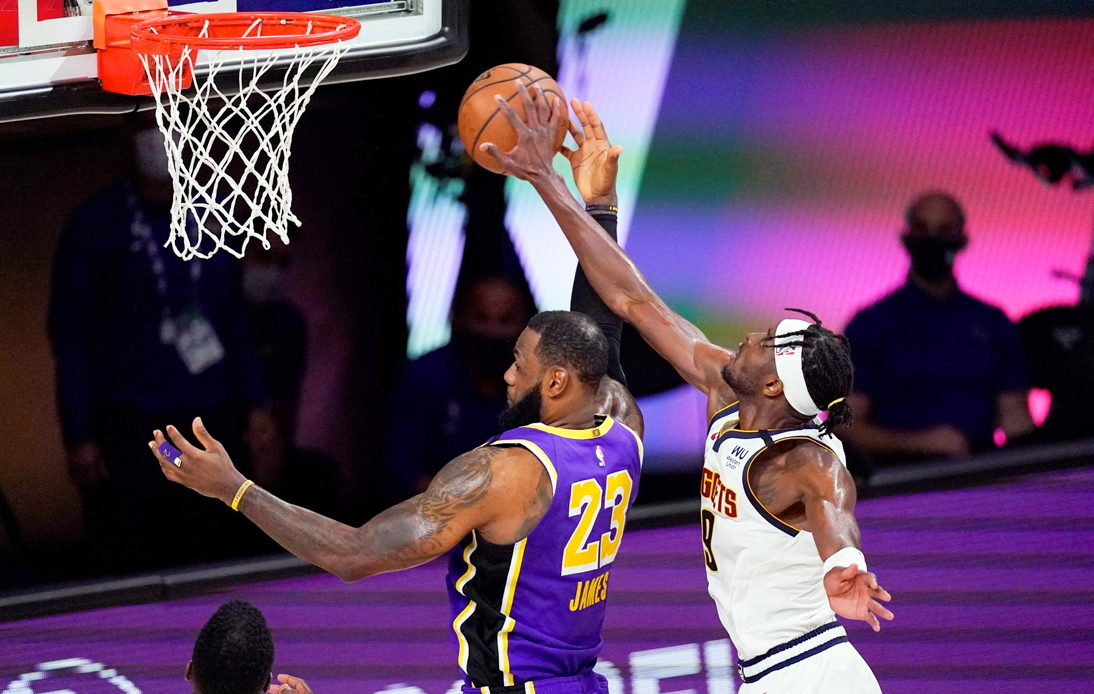 The Los Angeles Lakers and LeBron James are back in the NBA Finals after overcoming the Denver Nuggets in the Western Conference Finals on Saturday night (Sunday morning in Thailand).

Their final hurdle for the Western Conference title was a young but talented Denver Nuggets team that already had an amazing playoff run, with 3-1 comebacks against the Utah Jazz and the Los Angeles Clippers. But after going down 3-1 against the Lakers, the Nuggets seemed to have run out of gas.

The Lakers eventually beat the Nuggets 117-107 in game 5 to advance to the NBA Finals.

Lebron James had an injury riddled first year with the Lakers and didn’t even make the NBA playoffs after 8 straight NBA Finals appearances.

Not so in 2020. After a successful Anthony Davis trade the Los Angeles Lakers and LeBron are back in the NBA Finals.

The Lakers were victorious with yet another amazing performance from ‘King James’. He put up a triple double with 38 points, 10 assists and 16 rebounds.

He scored 16 of those points in the fourth quarter after feeling the need to take over the game, after the Nuggets mounted a 16-point comeback in the third quarter.

Jerami Grant had an excellent game, leading the Nuggets to mount their come back with both Jamal Murray and Nikola Jokic having below average nights for their standards.

James will grab the headlines for all of his hard work, but his co-star Anthony Davis also had a very solid performance as he scored 27 points, 5 rebounds and 3 assists.

The raw star power from the Lakers was eventually too much for the Nuggets. Most of the play-off games remained tight until the fourth quarter, sometimes decided in the last minutes or by a buzzer-beater.

It could be argued that bad officiating in game 4 was the final straw for a tired Nuggets team, but that’s just an afterthought, following the young side’s amazing play-off run. As coach Michael Malone said, they will come back stronger next year.

The Lakers on the other hand are back in the Finals after a 10-year absence. This is also an important play-off run for LeBron James as he ties Kareem Abdul-Jabbar in finals appearances with 10, only trailing Boston Celtics’ legends Bill Russell (12) and Sam Jones (11).

It’s also an important year for the Lakers after the tragic death of their former star player Kobe Bryant in January.

He will always be with any Lakers team in spirit: it is interesting to note that Kobe Bryant and the Lakers also beat the Houston Rockets in the second round and the Denver Nuggets in the Western Conference Finals to win his fifth championship.

The Lakers are looking very dominant as they won every series in 5 games of this play-off run. It will be very interesting to see which team comes out of the East to challenge them for the 2020 NBA Championship.