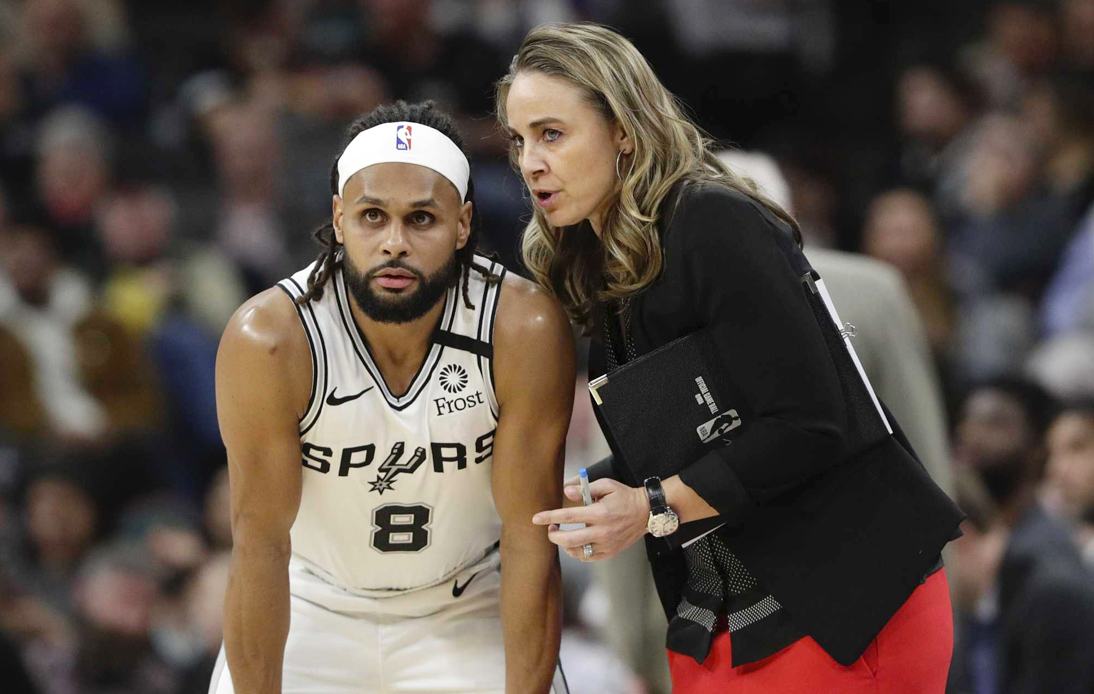 San Antonio Spurs’ assistant coach Becky Harmon has become the first female to serve as head coach in a professional NBA game. A historical event that was not in anyone’s plans.

Last Wednesday, Spurs faced Los Angeles Lakers in their fourth NBA game this season. In the second quarter of the match, head coach Gregg Popovich was ejected after yelling and entering the court because he felt a foul in favor of his team had been incorrectly not called.

After being removed he decided to put the 43-year old in charge.

With Hammon on the bench, San Antonio performed decently, but could not contain the talent of Lebron James and his teammates and ended up suffering a 121-107 defeat in Texas.

Still, for many the defeat was overshadowed by Hammon’s significant achievement, which was seen as an important step in the quest for gender equality in basketball and sport.

The former WNBA star is a true pioneer, in 2014 she became the first woman to join an NBA coaching staff.

“Obviously it’s a big deal, a substantial moment, I try not to think of the huge picture and huge aspect of it because it can be overwhelming,” she said after the match.