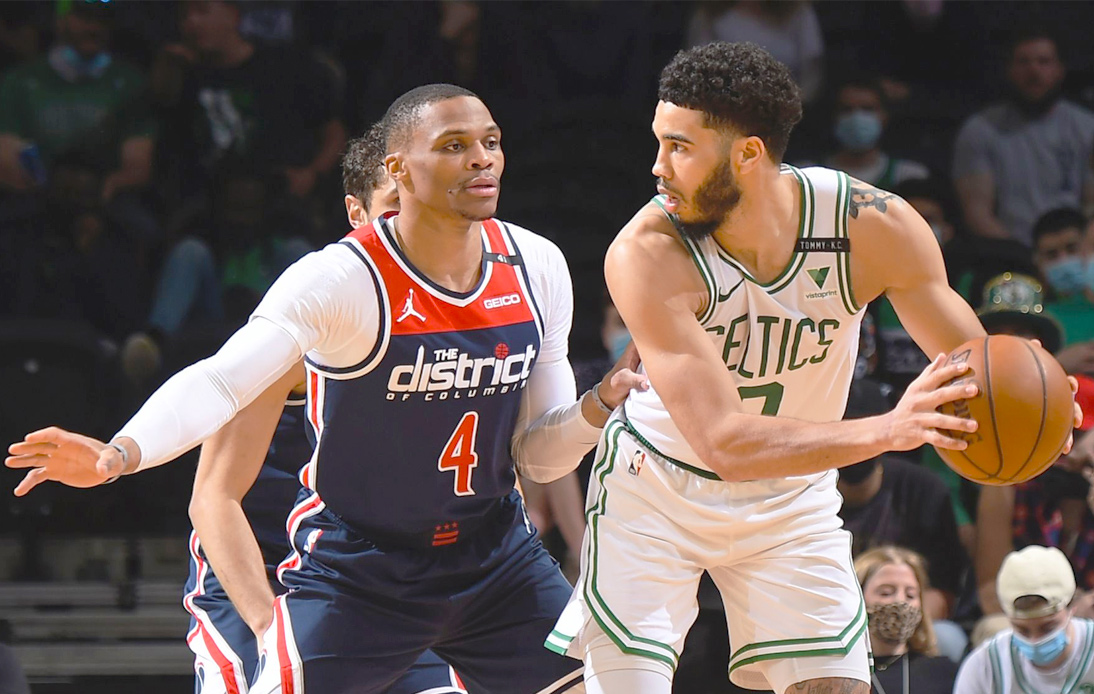 On Tuesday, the Boston Celtics defeated the Washington Wizards 118-100 to secure their ticket to the NBA play-offs. Jayson Tatum was the main star and leader of the team scoring a staggering 50 points.

Early in the game, Boston took advantage of the motivation of playing at home and took the first quarter 27-21.

However, Washington gradually took control of the game and took the second quarter 25-33. Russell Westbrook was their best player with 20 points, five assists and 14 rebounds.

The Wizards led 56-55 in the opening minute of the third quarter, but Boston scored 14 straight points to regain the lead on the scoreboard. In the end, Celtics were superior and took the final quarter by a 28-20 margin.

This victory allowed Boston to win the play-in contest and claim the seventh seed in the Eastern Conference play-offs.

They will face the second-seeded Brooklyn Nets in the first round. Game one will take place next Saturday.

For their part, the Wizards have one more chance to qualify for the play-offs when they host the Indiana Pacers on Thursday. That game will define who will take the eighth and final spot in the Eastern Conference play-offs.