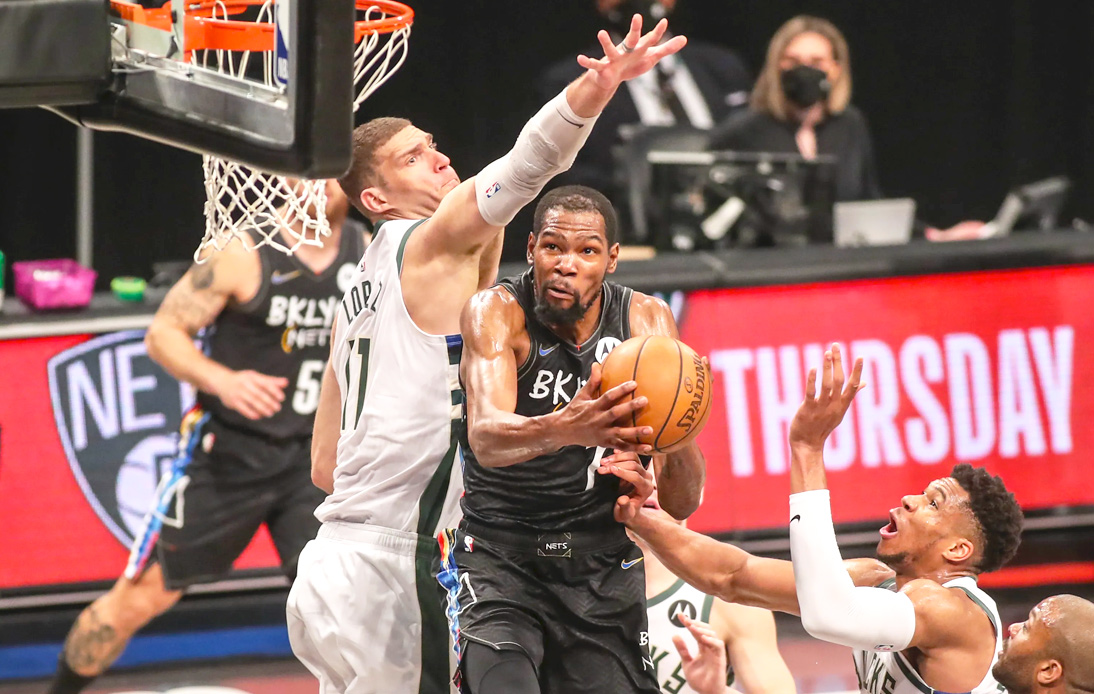 On Monday, the Brooklyn Nets defeated the Milwaukee Bucks 125-86 at home to take a 2-0 lead in their best-of-seven Eastern Conference semi-final series.

Despite the conspicuous absence of star player James Harden (who had a tight hamstring), the Nets had a dream night and earned their fifth double-digit win of the postseason.

Kevin Durant was in charge of “pulling the carriage” and showed a great performance, contributing 32 points, six assists and four rebounds in three quarters, alongside four three-pointers. On the other hand, he registered his fourth 30-point game of the post-season.

For the first few minutes of the game, Brooklyn were an unstoppable hurricane and took the first quarter 36-19.

The Bucks did their best to avoid suffering a resounding defeat, but it wasn’t enough to take the second quarter, which Brooklyn won 29-22.

In the second half of the game the prevailing trend did not change and the Nets took the third quarter 30-24. In addition to Durant, the home team had another key player: Kyrie Irving, who contributed 22 points, six assists and five rebounds.

The final minutes were a walk in the park for Brooklyn, who took the final quarter 30-21.

Game 3 will take place this Thursday at Fiserv Forum, where the Bucks will try to close the gap.