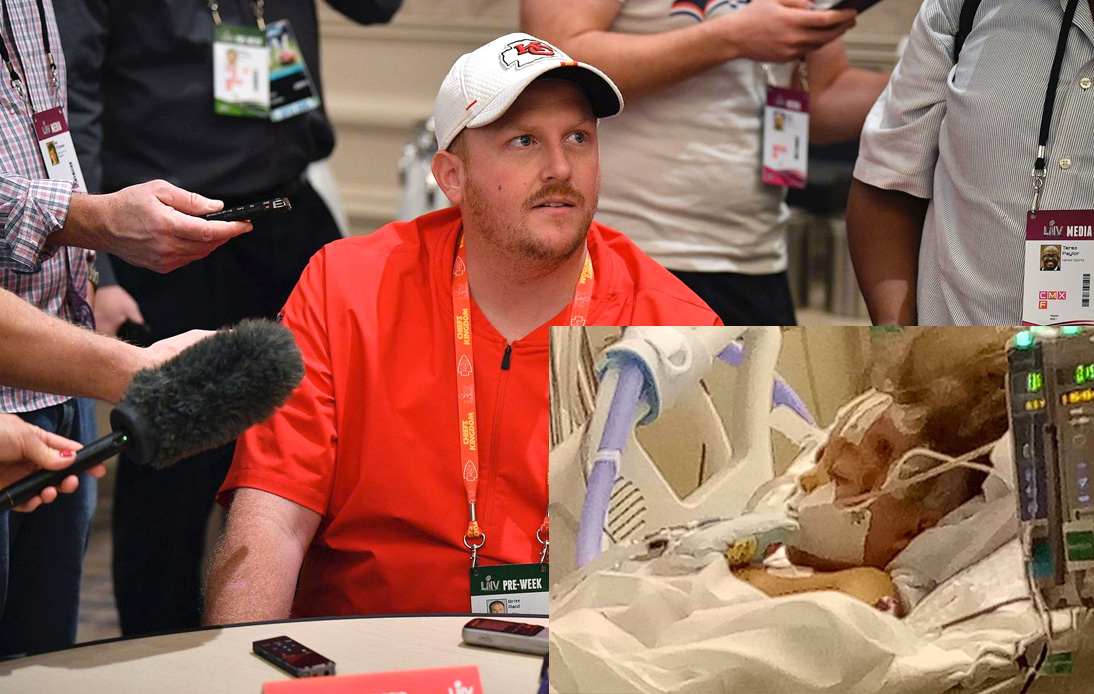 Just hours before the Kansas City Chiefs play Super Bowl LV, one of the most important members of their staff has gotten himself into serious trouble. Outside linebackers coach Britt Reid, the son of head coach Andy Reid, was involved in a multi-car accident on Thursday night.

The police have confirmed the incident, which has left a five-year-old child with life threatening injuries.

A report released by the Kansas City Missouri Police Department describes what happened.  Initially a car ran out of gas on an on-ramp to Interstate 435 in Kansas City.

The driver of that vehicle called family members for help and a few minutes later a second car arrived on the scene to provide assistance, also parking on the on-ramp near the Chiefs’ training complex adjacent to Arrowhead Stadium.

Subsequently, a third vehicle, driven by Reid according to Kansas City TV station KCHB, suddenly appeared and collided with the first car (which was out of fuel).

The report states that Reid’s vehicle then struck the rear of the other car, where the five-year-old boy was in the back seat along with a four-year-old boy, who was also hospitalised with non-life-threatening injuries.

Reid is currently hospitalised with undisclosed injuries and is not expected to travel to Tampa (Florida) with his side for the Super Bowl.