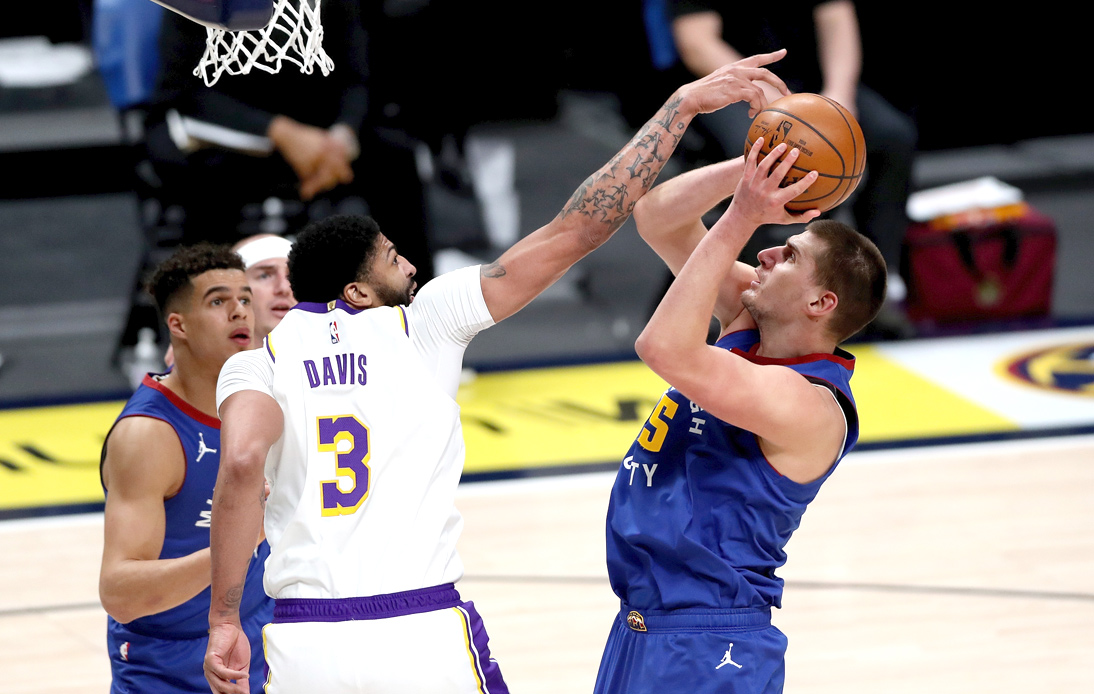 Los Angeles Lakers suffered a tough 122-105 away loss to the Denver Nuggets on Sunday. That wasn’t the only bad news for them: their star Anthony Davis suffered a recurrence of his Achilles injury.

He had missed two games last week because of that problem and had to leave in the second quarter after being fouled by Nikola Jokic. The Chicago-born player has some swelling in the affected area and will undergo an MRI scan.

As for the game, things started well for the Lakers, who took an 11-2 lead, but the first quarter ended tied 33-33.

As the minutes progressed both teams alternated the lead on the scoreboard, but little by little the Nuggets imposed their game in the second quarter, which they won 40-28. Jokic was the most outstanding player with 23 points, 10 assists and 16 rebounds.

The second half of the game started with a score of 73-61 and the home team, far from getting comfortable, continued to increase the lead until they took the third quarter by 30-24 (overall score 103-85).

Led by LeBron James (22 points, nine assists and 10 rebounds), the Lakers looked for a miraculous comeback that did not happen, despite winning the final quarter 19-20.

LA Lakers remain second in the Western Conference with 21 wins.