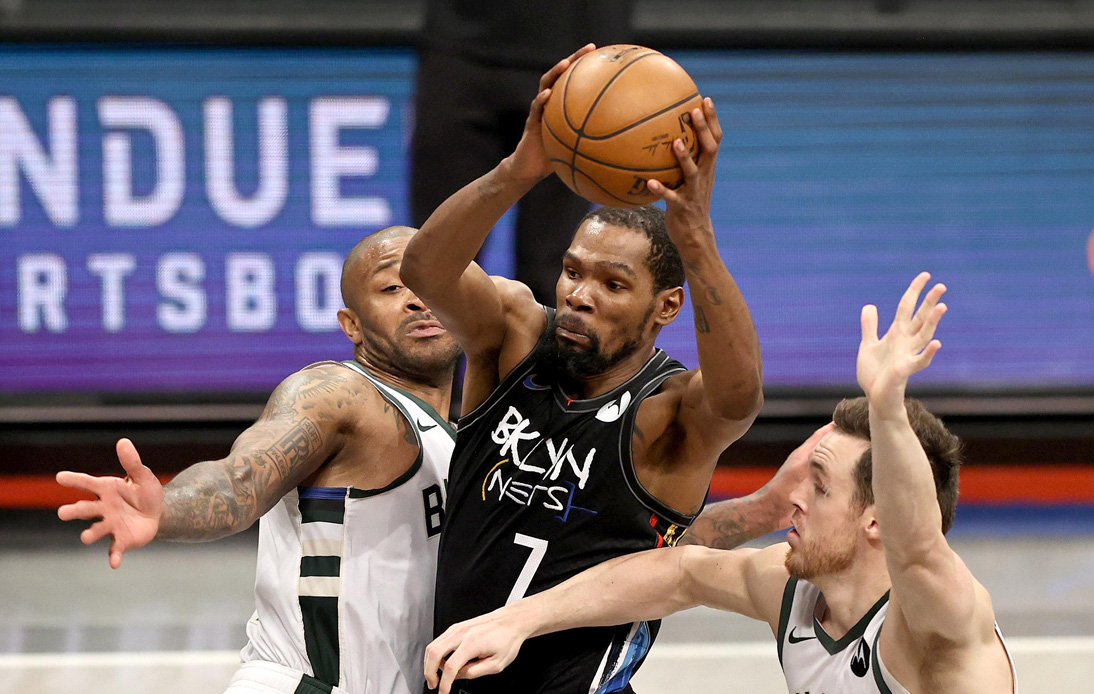 On Tuesday, the Brooklyn Nets beat the Milwaukee Bucks 114-108 at home. This result that allows them to take a 3-2 lead in their Eastern Conference semifinal series.

It was a sublime night for star Kevin Durant, who scored 49 points, 10 assists and 17 rebounds to lead his teammates to victory.

Despite the “happy ending” for the home team, things started badly for them. During the first minutes of the game, Milwaukee imposed their style on the court and to the surprise of everyone present at the Barclays Center they took the first quarter 15-29.

Giannis Antetokounmpo was the best player of the visiting team, contributing 34 points, four assists and 12 rebounds.

But the problems did not stop there for the Nets, as they saw their opponents also take the second quarter with a slim 28-30 lead.

At the start of the second half, Brooklyn was down 43-59, and that pissed them off. They began to seize control of the game and took the third quarter 38-28.

The home team remained unbeatable and also took the final quarter 33-21 to seal a comeback in which Jeff Green (27 points, three assists and one rebound) also played an important role.

This Thursday, Game 6 will take place and Brooklyn will try to finish the series.