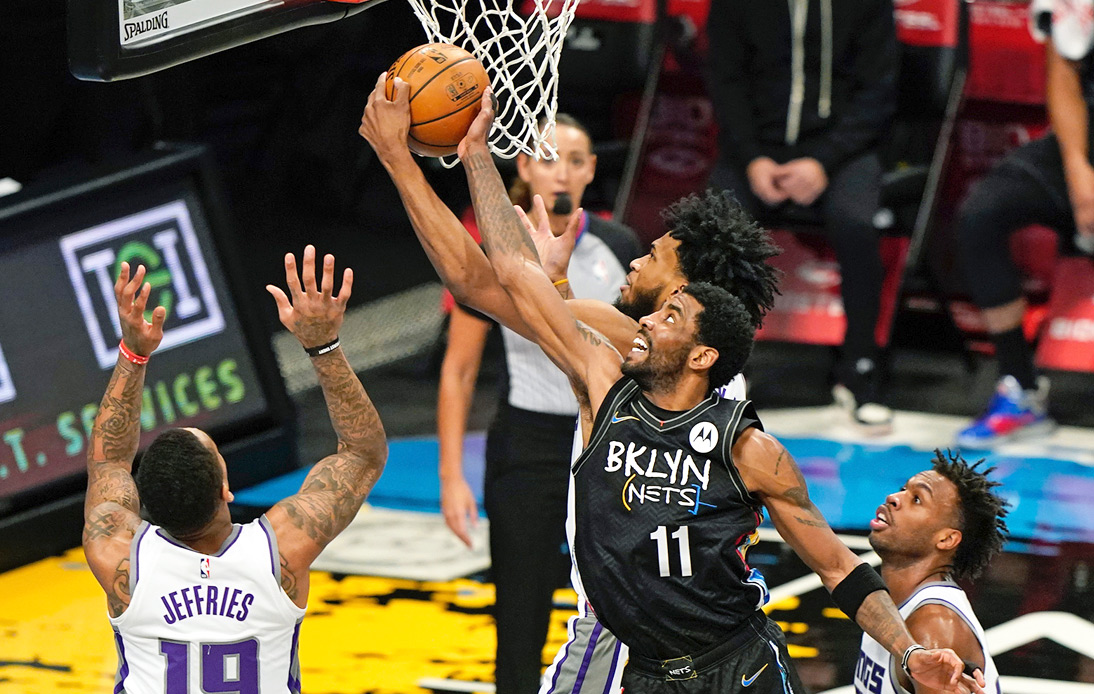 On Thursday, the Brooklyn Nets once again proved they are serious contenders for the NBA title with an important 129-92 home win over the Orlando Magic. In doing so, the New York team reached their eighth consecutive win (their last loss was to the Detroit Pistons on 9 February).

Although it may be hard to believe, at the start of the game, Orlando were the dominant force in the game. Led by Nikola Vucevic (28 points, two assists and 12 rebounds), the visitors took the first quarter 24-28.

But the Brooklyn Nets were furious and began to mop the floor with their rivals. With an inspired Kyrie Irving (27 points, nine assists and five rebounds), the home team took the second quarter 41-19.

The second half started with a score of 65-47. James Harden (20 points, seven assists and nine rebouns) was another important man for the Nets, who knew how to manage the advantage and took the third quarter 27-25.

With the score 92-71, Orlando tried to mount one last offensive push in search of an epic comeback.  However, the Nets continued to be a steamroller and won the final quarter 37-20.

With this result, the Nets are second in the Eastern Conference with 22 wins and 12 losses. Orlando lost their second consecutive game.