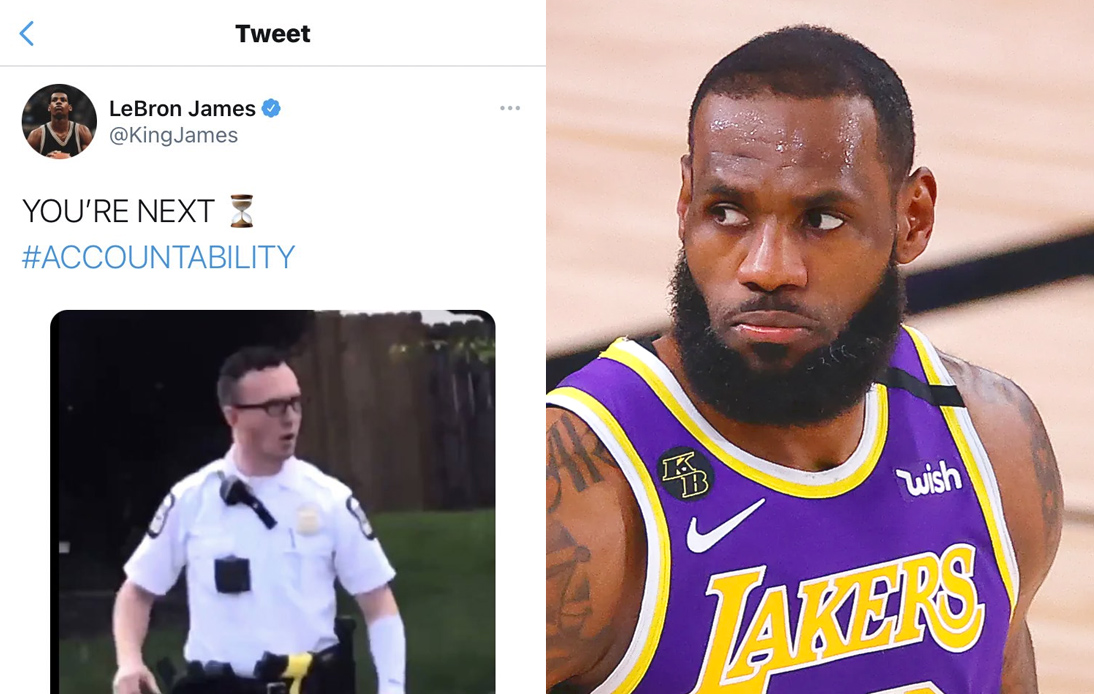 The girl’s death happened on the same day that former Minneapolis police officer Derek Chauvin was found guilty of murder and manslaughter charges in the death of George Floyd.

After the news broke, the Los Angeles Lakers player wrote a controversial tweet that read: “YOU’RE NEXT #ACCOUNTABILITY”. These words were accompanied by an hourglass emoji and an image of one of the officers at the scene of Bryant’s shooting.

“LeBron James is inciting violence against an Ohio police officer. This is disgraceful and dangerous. Is the NBA okay with this? Is Twitter?” Senator for Arkansas Tom Cotton asked.

Like other public figures, James suggested that the Columbus shooting was unjustified and it was yet another case of police abuse of black people. However, bodycam footage released late Tuesday showed Bryant being shot as she was attacking another teen with a knife.

In another post, the small forward said he deleted the tweet because “it is being used to create more hate”.