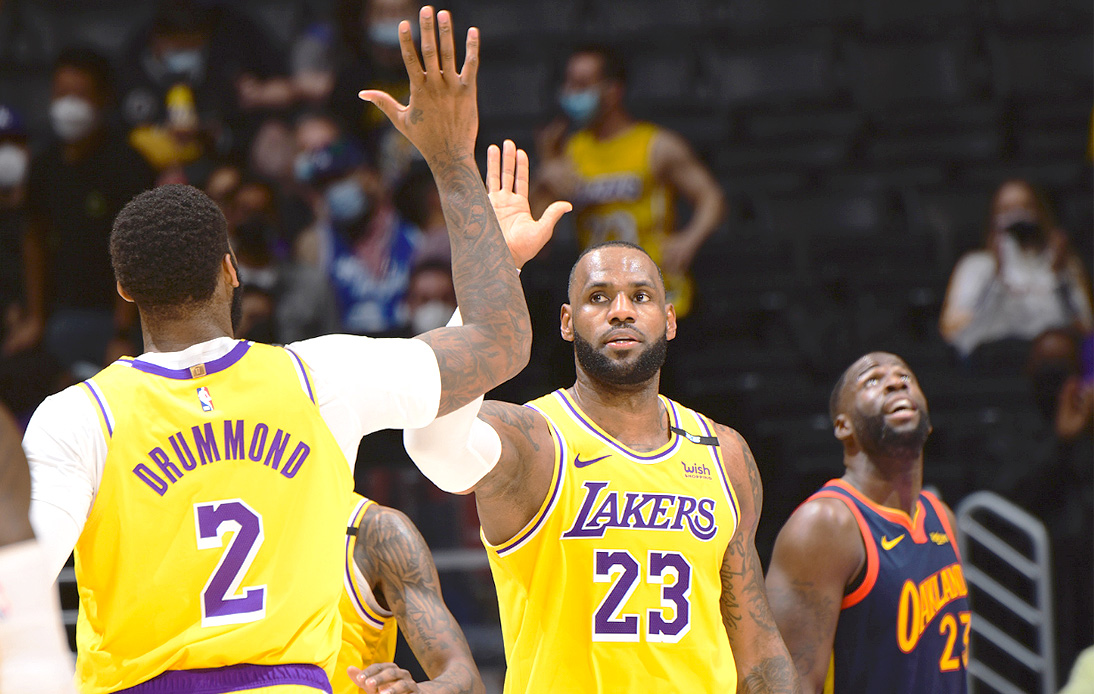 On Wednesday, the Los Angeles Lakers pulled off an epic triumph over the Golden State Warriors at the Staples Center.

As so often in the past, the hero of the night was LeBron James, who made a game-winning shot with 58 seconds remaining to allow his team to defeat the San Francisco side in the new ‘play-ins’ format and claim a place in the Western Conference play-offs.

The Akron-born shot a 34-foot three-pointer to earn a valuable 103-100 win. Most astonishingly of all, he managed to do so despite receiving a blatant foul to the face by Draymond Green that limited his visibility.

“After Draymond’s finger to the eye, I was literally seeing three rims out there so I just shot at the middle one,” said James who provided 22 points, 10 assists and 11 rebounds.

Regarding the match, things did not start well for the purple and gold, who lost the first two quarters (22-28 and 20-27). Despite the loss, Stephen Curry had a great performance scoring 37 points.

The Lakers came from behind to take the last two quarters 35-24 and 26-21 respectively.

This way, the defending champions will face the second-seeded Phoenix Suns in the play-offs on Sunday.

The Warriors, meanwhile, must beat the Memphis Grizzlies on Sunday to qualify for the playoffs.