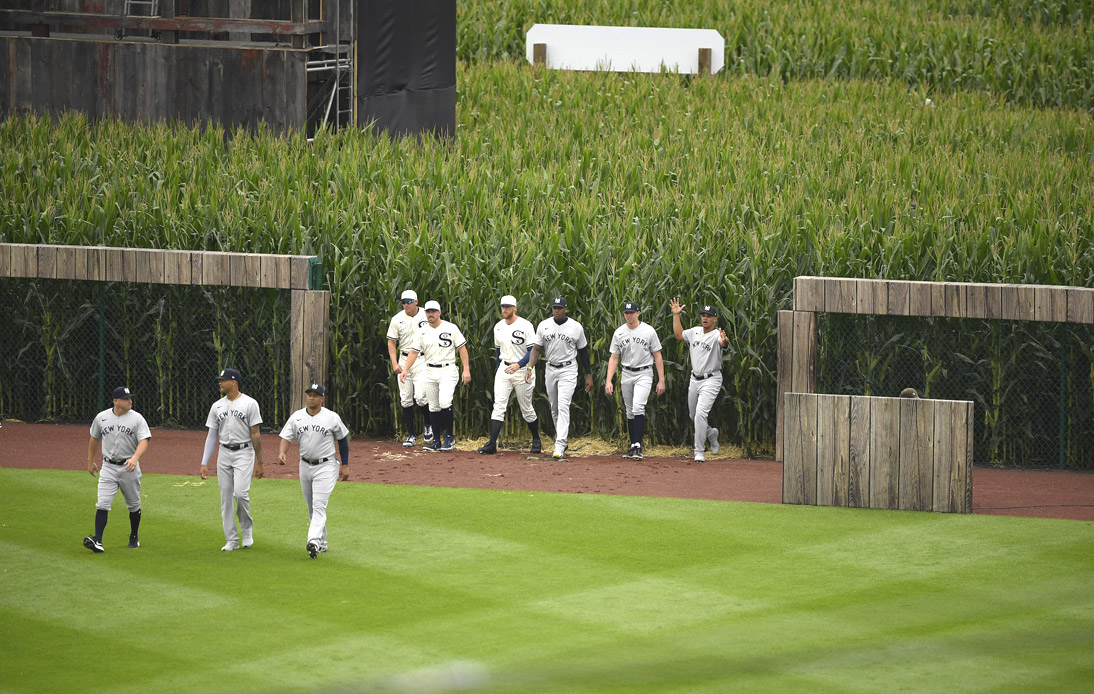 The Chicago White Sox and the New York Yankees played the first major league baseball game on Thursday in Iowa, with the Sox winning 9-8 in dramatic fashion, on a walk-off home run.

Over 30 years since Kevin Costner classic movie ‘Field of Dreams’ warmed the hearts of every baseball fan the Major League Baseball decided to honor the movie with the ultimate tribute.

The game was originally set to be played last August, but the coronavirus pandemic forced a postponement for 2021.

There were eight home runs in the game, landing in the cornfields surrounding the special-built stadium for the game near the original movie set, sitting 8,000 people.

The Yankees managed to come back from four runs down in the bottom of the 9th, just to fall in the extra inning.

Speaking before the game, the famous actor admitted he still felt an emotional connection with the movie 32 years after its debut.

“I’m moved by it. I am,” Costner said. “Somewhere along the line, if you have some unfinished business, that movie starts to take over.”

The actor recalled the major impact of the movie ending, which featured Costner asking his father to have a game of catch.

Costner brought his two sons to Dyersville, Iowa field on the 25th anniversary of the movie.

“I was throwing grounders to them when I looked over and said to myself ‘There’s something going on,’” Costner said. “There was a line of people, and suddenly something came over me.

“I whispered to the boys that there’s a bunch of men standing up over there that want to play catch with me,” Costner said. “A lot of the attention comes to me, and it happens all the time. My boys understand that.”