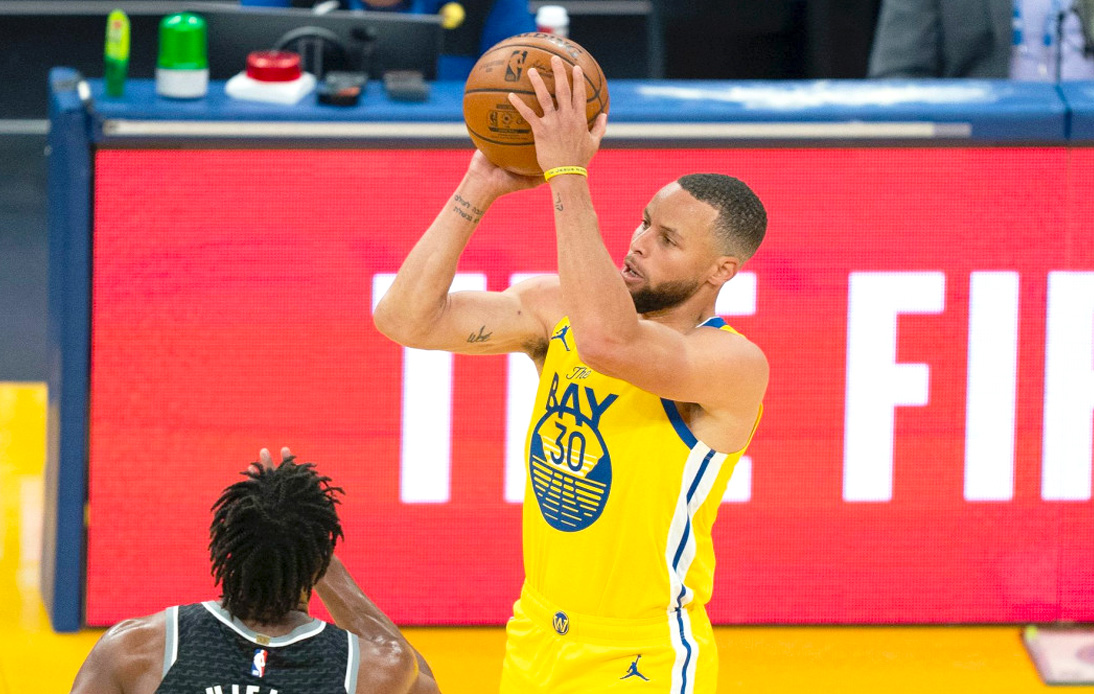 Superstar Stephen Curry continues to make history. On Sunday, not only did he put on a great performance in the Golden State Warriors 117-113 victory, but also, he broke the NBA record for the most three-pointers made in a month.

The point guard scored a total of 37 points and hit seven three-pointers to take his total to 85 with two games to play in April.

In doing so, the Akron native shattered the previous record of 82, set by the eccentric James Harden when he was still a Houston Rockets player in November 2019.

On the other hand, Curry enjoyed his 30th 30-point game of the season and has managed to score that many points in 13 of his last 14 games.

Warriors coach Steph Kerr acknowledged that Curry’s performance leaves him speechless: “It seems like I’ve run out of ways to describe Steph’s play, the shot-making is just unbelievable and mind-boggling,” he said.

The Ohio native’s form is keeping the team’s hopes alive for a play-off spot in the Western Conference.

They currently occupy tenth place in the standings, with a mediocre record of 31-30.

It is worth remembering that this is not the first record that Curry has broken this season. On April 14, he became the Warriors’ all-time leading scorer (17,818 points).