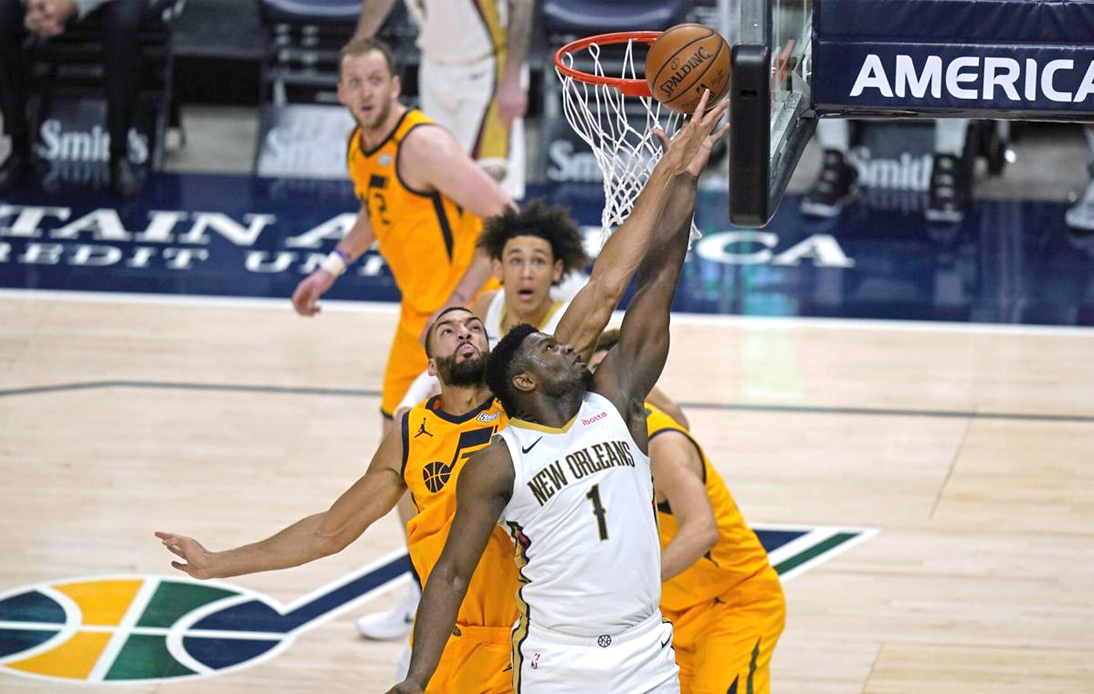 This Tuesday, Utah Jazz defeated New Orleans Pelicans 118-102 at home. This way, they have won six games in a row and continue consolidating their great moment in the NBA.

During the first quarter, both teams alternated leading the scoreboard and it ended with a score of 29-25 in favour of the Jazz.  Donovan Mitchell was the most outstanding player of the home team, providing 28 points, four assists and seven rebounds.

The second quarter was tight and could have ended in favour of either team, but Utah managed to win this one too by 26-25. At halftime, the score was 55-49.

Like Mitchell, Rudy Golbert’s great performance (13 points, one assist and 18 rebounds) was important for Utah.

The development of the third quarter was different from that of the first two. Despite the efforts of Zion Williamson (who finished the game with 32 points, three assists and five rebounds) the Pelicans were trashed and lost the third quarter by 36 to 20.

New Orleans started the fourth quarter with a huge 91-69 deficit, but still managed to close the gap on the scoreboard, led also by Brandon Ingram (17 points, four assists and three rebounds), but it was not enough.

So far, Utah are second in the Western Conference with 10 wins and 4 losses.