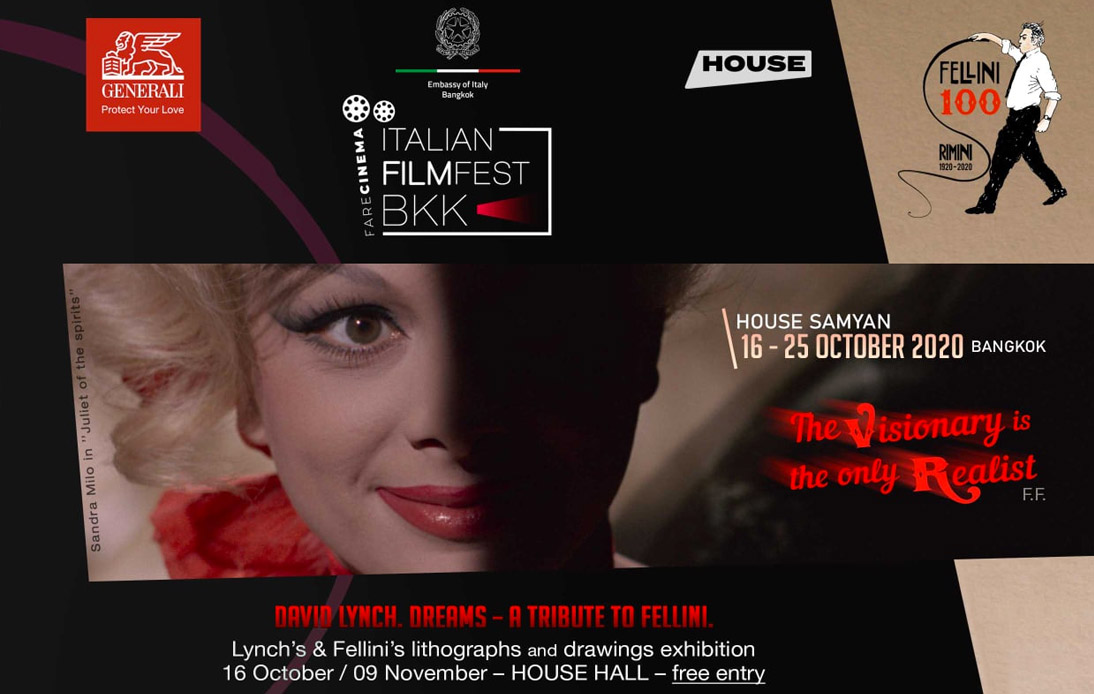 A film festival comes to Bangkok to screen legendary Italian film classics and the latest version of Pinocchio in a celebration of the Italian film universe.

This Italian Film Festival was organized by the Italian Embassy and will take place from October 16 to 25 at House Samyan.

Its purpose is to entertain the Bangkokians. So it will feature contemporary Italian films and some hits from the legendary Federico Fellini.

8½, an avant-garde black and white production, tells the story of a director who suffers a creative block and is considered one of the best films of all time.

La Dolce Vita was awarded the Palme d’Or in 1960. It tells about a journalist with little luck in love going through that Rome of the economic boom.

Besides, to complement the Fellini films, there will also be a talk about 8½ on October 21 at 5:00 pm. Also, the Festival will present The Book of Dreams, the journal where the director recorded his dreams. This last activity will be on October 23 at 6:00 p.m.

The short film Soi Tanakan, produced by the Italian Embassy in Bangkok, will also be presented in tribute to the director on October 24 at 5:30 p.m. Moreover, an exhibition of lithographs and drawings by David Lynch and Fellini will be on display from October 16 to November 9.

Festival organizers said: “Perhaps in difficult times like these, where reality… seems to put a strain on all of us, approaching the art of a filmmaker as Federico Fellini will suggest a way to react and carry on thanks to the power of imagination and fantasy.”

Moreover, they commented: “In the context of the celebration of the centenary of Fellini’s birth, an additional aesthetic selection criteria was chosen: the selected films reflect a fantasizing and dreamy mood, typical of the style of Fellini.”

In addition to the director’s works, seven contemporary Italian films will also be screened, including the live-action Pinocchio by Matteo Garrone in what would be the official premiere in Thailand. Then, after the festival, the film will be available nationally in the major theater chains in the country.

Other titles that Bangkokians can enjoy are Simple Women, The Guest, Martin Eden, Domino Effect, Blue Kids, and The Disappearance of My Mother.

Movie tickets cost 120 baht for students and 140 or 160 baht for adults. Additionally, all films will have English subtitles, but only those by Fellini and Pinocchio will be screened with Thai subtitles.