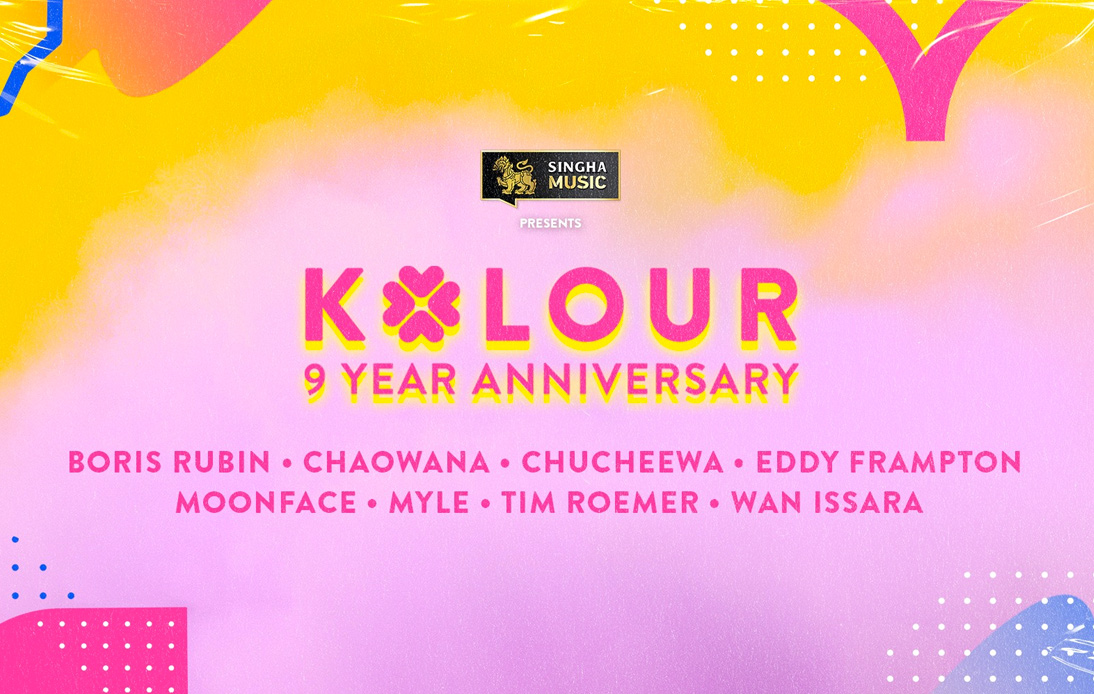 Kolour will be celebrating a monumental 9 years on December 19th at Flamenco, EmQuartier.

This started as a humble idea that, thanks to its popularity, quickly became one of the most well-loved and well-attended House and Techno event series on the Asian continent.

Kolour is known for its magnificent celebrations ranging from funky modern festivals to rooftop parties, clubs, and beaches. Their “Kolourians” help bring the event to life, which each year breaks milestones and injects energy into a bustling but captivating local scene.

It invites all people to visit the impressive Flamenco EmQuartier, a space that will transform with an innovative production with a high spec sound and a roaring finale for its 2020 season.

Boris Rubin, Chaowana, Chucheewa, Eddy Frampton, Moonface, Myle, Tim Roemer, and Wan Issara make up the wonderful Line Up of the Kolour 9 Year Anniversary. So all attendees can be sure that they will have a great night enjoying good music!

Online tickets cost 390TBH and are available now with an incredible gift: a free beer before 7:00 p.m. After the online sale is over, the rest of the tickets will be sold at the door.

Kolour invites you to be part of a musical event in honor of its anniversary, also celebrating inclusion, creativity, passion, and contribution.