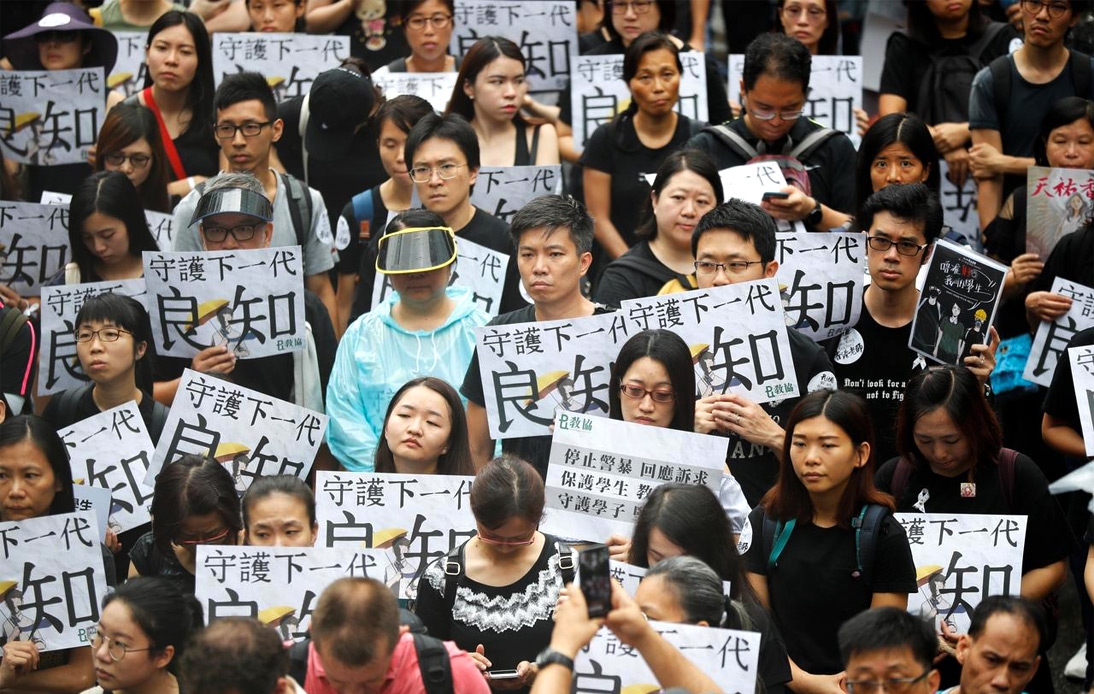 A Hong Kong teacher was disqualified for allegedly promoting the Hong Kong independence.

The license has been removed from a Hong Kong teacher, who is accused of promoting the independence of the administrative region and spreading illicit ideas within the classroom.

Carrie Lam, current leader of Hong Kong, said it was very important to remove the “bad apples” from the education system. Besides, Bejing officials commented that the schools have contributed to fomenting opposition to the Communist Party of China.

However, the largest teachers’ union in the territory accused the authorities of conducting an unfair investigation. Moreover, the human rights group Amnesty International said that this dismissal sent an ominous message to the rest of the teachers of the territory about the political debate in schools.

Given these statements, Carrie Lam said that the removal of the teacher resulted after a thorough investigation. In this sense, she said: “This is a very serious case. We do not allow independence and other unlawful ideas to creep onto campuses.”

Observers and activists expressed their concern in this regard. Based on their comments, they fear that freedom of expression in both public and academic life is declining in Hong Kong following the implementation of a new national security law.

This national security law was passed in June and has been considered quite controversial. It is because it says that it is illegal to defend the independence of Hong Kong.

After it was introduced, specifically in July, pro-democracy books and writings were removed from public libraries. Additionally, a major university fired a law professor named Benny Tai for participating in pro-democracy protests in 2014.

The recent dismissal of the teacher marks the first time that the Hong Kong bureau of education has de-licensed a teacher for the content they teach in the classroom. The event occurred even before the law was in force. However, the authorities assured that it still violated the Basic Law, that is, the mini-constitution of the territory.

According to local media, the officials’ concern was born after the teacher showed the students a television documentary where the independence activist Andy Chan Ho-tin appears. Then the students were asked to answer some questions regarding freedom of speech and Hong Kong’s independence.

A parent of a child who was in the class told RTHK radio that he had read the worksheet, and there was nothing defending independence. Furthermore, he said that not educating children with critical thinking skills can bring more problems in the future.

Alliance Primary School, the institute where the teacher worked, released a statement saying it will do everything possible to keep the campus politically neutral.