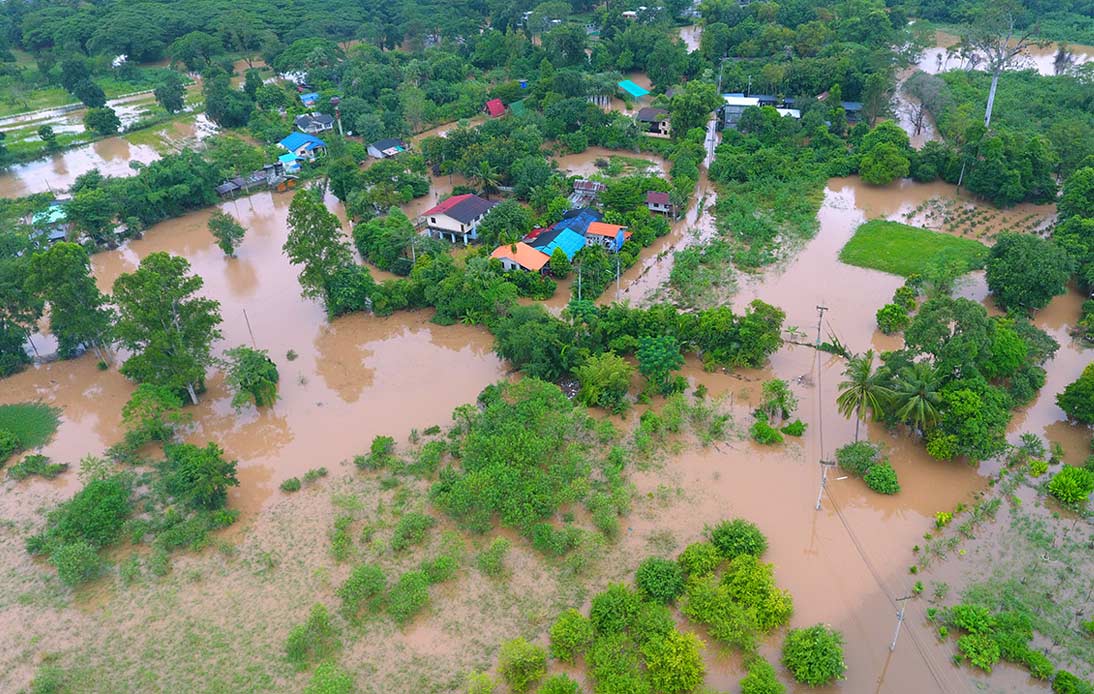 According to the Department of Disaster Prevention and Mitigation, more than 25,000 homes and 25 provinces are affected by flash floods, windstorms, and landslides.

Reports indicate that the damage has spread to 86 districts, 241 sub-districts, and 849 villages.

Furthermore, one person died in Chanthaburi province, and three were injured in Singburi this Sunday, according to a report from the Department of Disaster Prevention and Mitigation (DDPM).

The DDPM also reported that the total number of affected households is 25,273.

Authorities have assisted flood victims and promptly evacuated them from flooded areas to move them to unaffected locations where temporary shelters are provided.

According to reports from the Department of Disaster Prevention and Mitigation (DPPM), flash floods and torrential rains have been caused by the passage of Tropical Storm Nangka during this weekend.

They also indicate that these flash floods and torrential rains have extensively damaged farmlands, towns, roads, and bridges in low-lying areas of those provinces in the northeast, east, center, west, and south regions of the country. 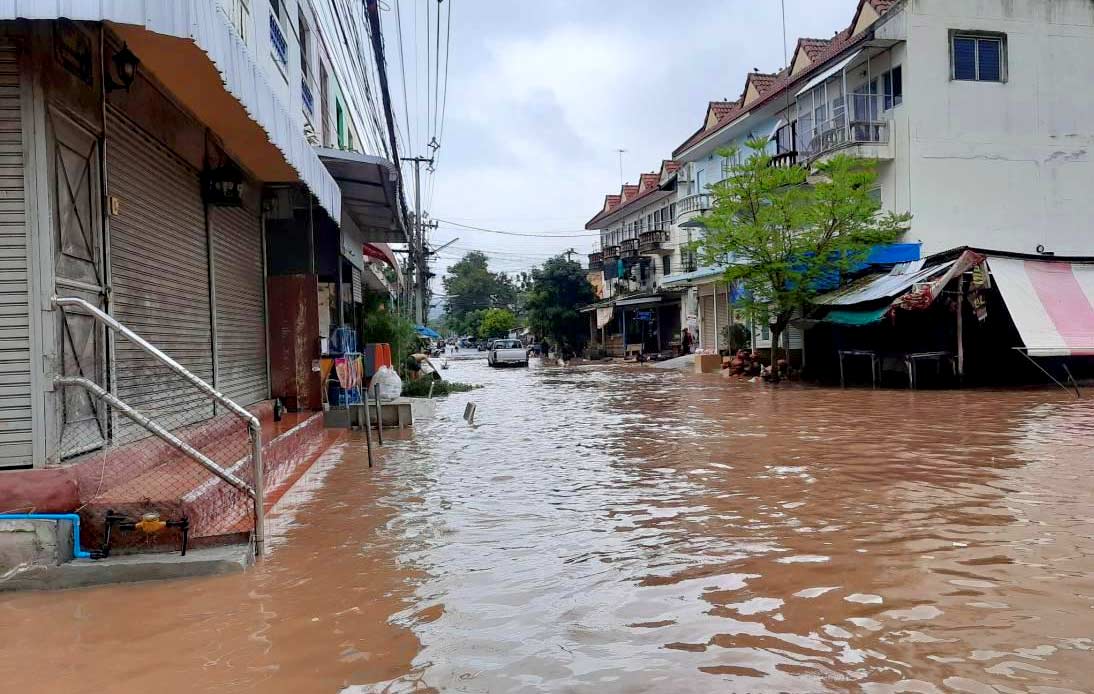 Moreover, some southern provinces have not only been affected by major flash floods but also by landslides caused by powerful downpours.

These are, specifically, Phuket, Krabi, and Satun.

Department of Disaster Prevention and Mitigation (DPPM) also said that overall flood levels are going down. Also, the DPPM added that they are working together with provincial military units and related agencies to urgently and quickly help the victims.

Authorities are working to speed up the drainage of water from the affected areas. Besides, according to the department, they are also examining these areas for damage.

They want to cover all aspects to provide assistance according to the regulations of the Ministry of Finance.

Meanwhile, the Lam Phra Ploeng Dam is discharging excess water in large volumes. It represents a threat to the town of Ban Na Klang, as heavy rains could cause floods that completely cover it.

Storm Nangkase has degraded but continues damaging part of the infrastructure in those areas of the kingdom.

It has also caused dams and reservoirs in the province to grow with excess water, so authorities closely monitor each of them.