Police Arrested Protesters at a Rally on Ratchadamnoen Avenue 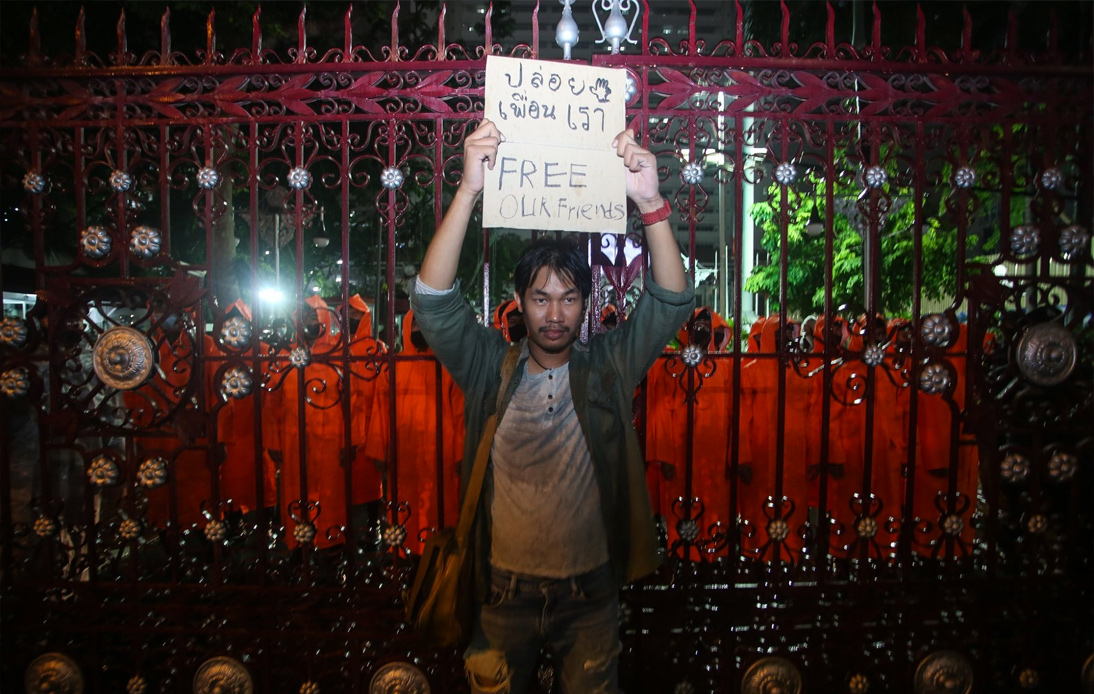 Riot police ended a rally by a group of protesters who tried to occupy a section of Bangkok’s Ratchadamnoen Avenue last Tuesday night.

Protesters occupied the site ahead of another demonstration scheduled for Wednesday, which could impede the passage of a royal motorcade.

According to reports, a motorcade of His Majesty the King would pass through the avenue, as it was heading to a graduation ceremony for Pali scholars on Wednesday.

The group consisted of 30 protesters who pitched their tents near the Democracy Monument on Tuesday morning.

Around 1.30 pm, Pol Maj Gen Methee Rakphan, commander of Division 6 of the Metropolitan Police, arrived at the scene with the police from Samranrat station. They asked the protesters to leave, but to no avail.

Later, in the afternoon, its leaders gave speeches while their followers confronted the police who tried to convince them to leave the scene.

Both the leaders and the protesters played music, danced, and sang as the police asked them to step out of the road surface to end the traffic blockade. 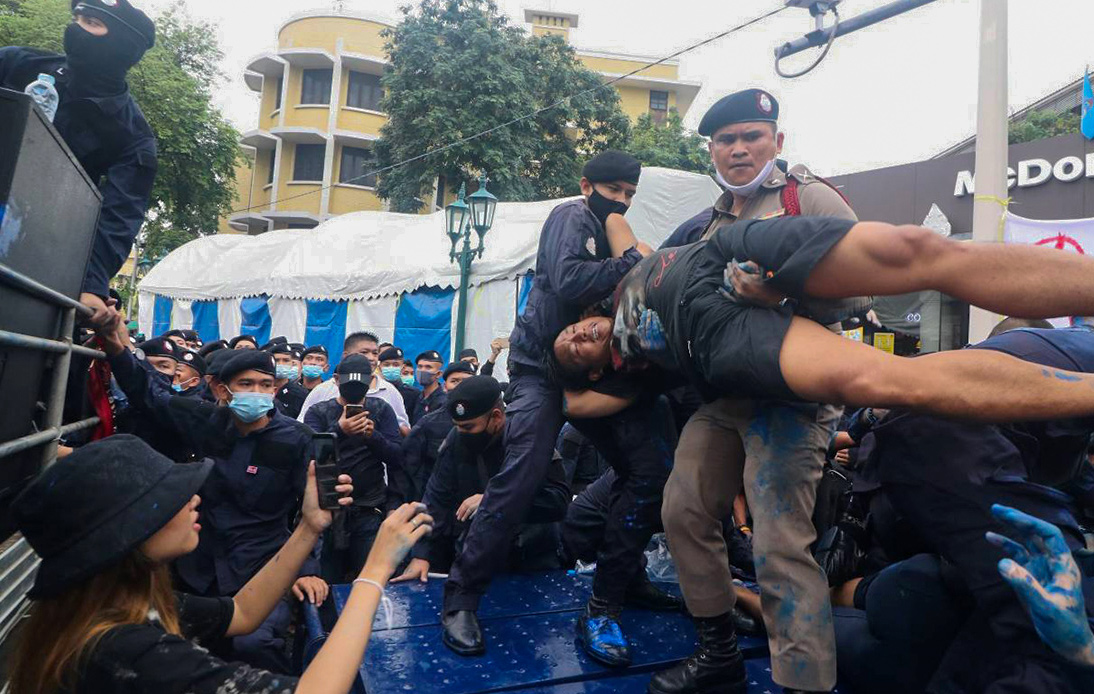 Pai Daodin was arrested at the rally site

However, Mr. Jataput Boonpatararaksa told his followers to sit down.

Later, at three in the afternoon, the police again asked the protesters to leave, but Mr. Jatuput resisted. When this happened, five companies of riot police were deployed.

Jatupat “Pai Daodin” Boonpatararaksa, the group’s leader, was arrested at the rally site. Other demonstrators were also arrested, and the police brought them out of the scene around four in the afternoon.

After this event, singer Chaiamorn Kaewwiboonpan, also known as Ammy The Bottom Blues, told the protesters through his Facebook page that they should show up en masse on October 14.

Pol Col Kissana Phathanacharoen, deputy police spokesman, said the 19 arrested demonstrators committed crimes, including unauthorized organization of a rally. According to the statements, the members of the group were detained on these grounds. Police took them to Border Patrol Police Region 1 in Pathum Thani province.

After the crackdown of the demonstrations, officials cleaned the blue paint that the protesters used on the avenue.

Despite this situation, followers of the group’s leaders hope to meet again on Wednesday.