Thousands of People Packed Ratchaprasong Asking Prayut to Step Down 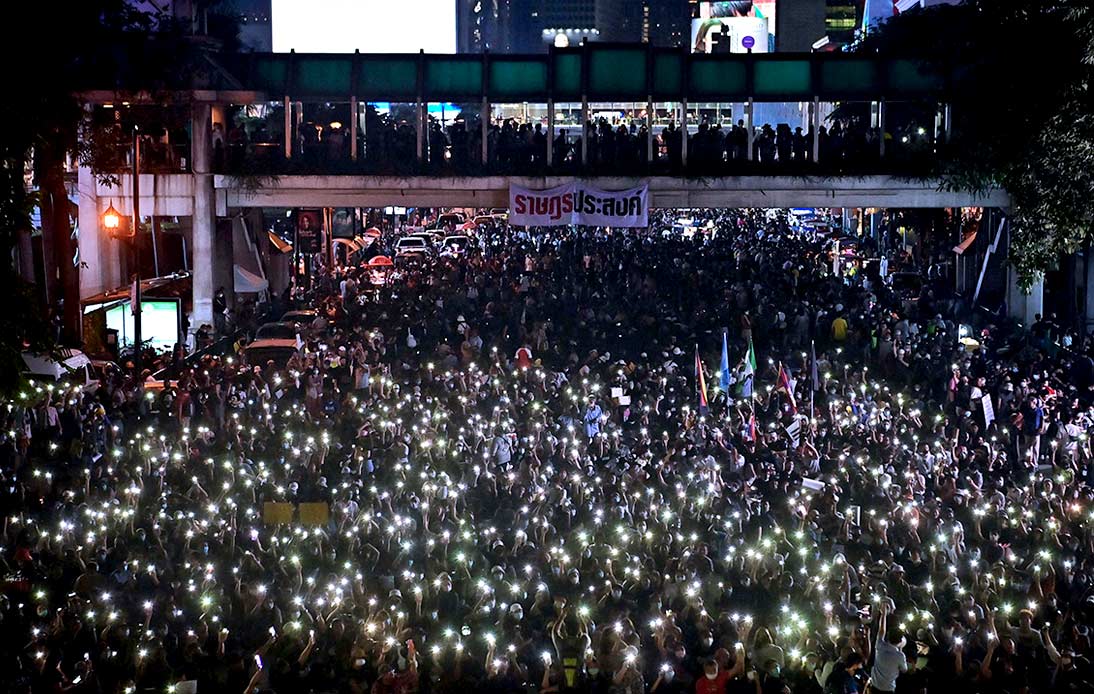 Thousands of protesters gathered at the Ratchaprasong intersection on Sunday to demand the resignation of Thai Prime Minister Prayut Chan-o-cha.

This important commercial area of Bangkok has become the place of concentration of the protesters once again.

People have demonstrated for several days seeking to end the longstanding domination of the military in Thai politics, according to the participants of the movement.

The groups are led by students and young people.

Jatupat Boonpattararaksa, a representative of the Dao Din group, said that the rally in Ratchaprasong should be interpreted as a clear sign that Prayut Chan-o-cha’s time as the country’s leader was over.

Sunday’s rally started slowly but gained pace as it reached its second stage.

It came after the prime minister refused to pay attention to the deadline that protesters gave him to step down.

Demonstrators and protest groups have been pressuring Prayut Chan-o-cha to resign. They have also called for the reform of the monarchy and demand that democracy be respected. 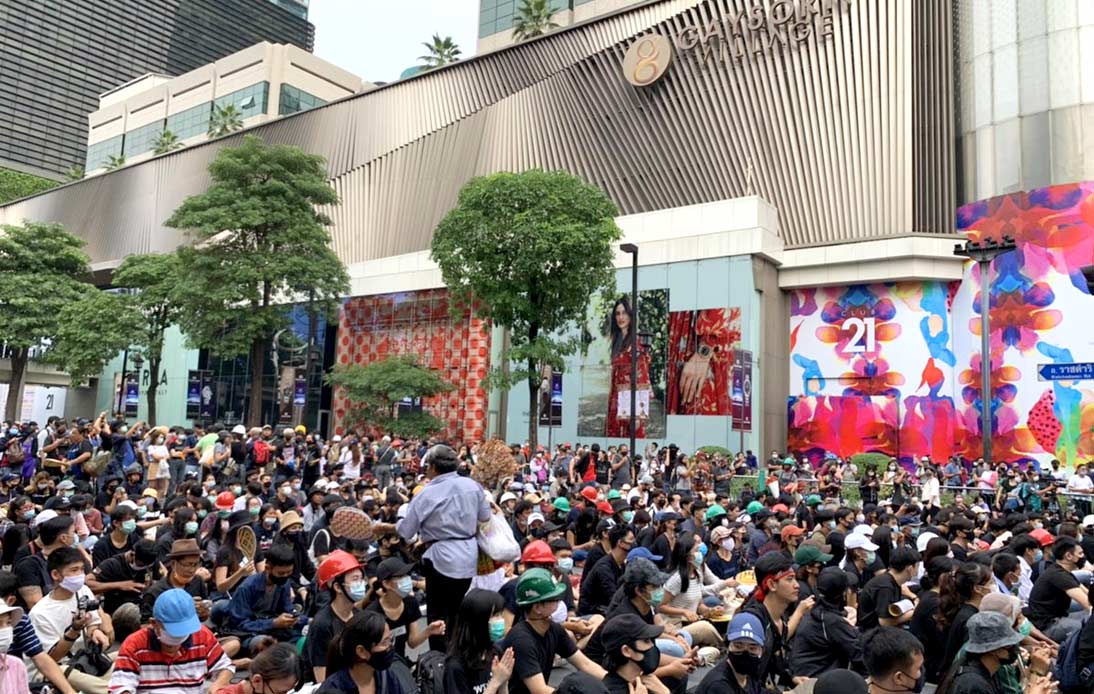 Last Wednesday, anti-government protesters gave the Prime Minister three days to resign and release the detained activists and threatened him with stronger and more frequent protests if he did not do so.

That day, the leaders of the demonstration showed a mock-up of a resignation letter to Gen Prayut through Pratheep Keerathirekha, who is deputy secretary-general and Representative of the Prime Minister.

Subsequently, the Prime Minister Prayut Chan-o-cha lifted the State of Emergency alleging that the situation that led to the state of emergency declaration had subsided and ended, and the circumstances could be controlled by state officers.

Nevertheless, he asked protesters to reciprocate by toning down their talk, which he defined as hateful and divisive.

“I ask the protesters to reciprocate with sincerity, to turn down the volume on hateful and divisive talk,” he said.

The Parliament will hold a special session on Monday and Tuesday to try to find a peaceful solution to the political conflict.

However, Jatupat Boonpattararaksa said he had little hope that the crisis could be resolved with the help of the Parliament. Furthermore, he claimed that the protesters would continue demonstrating.