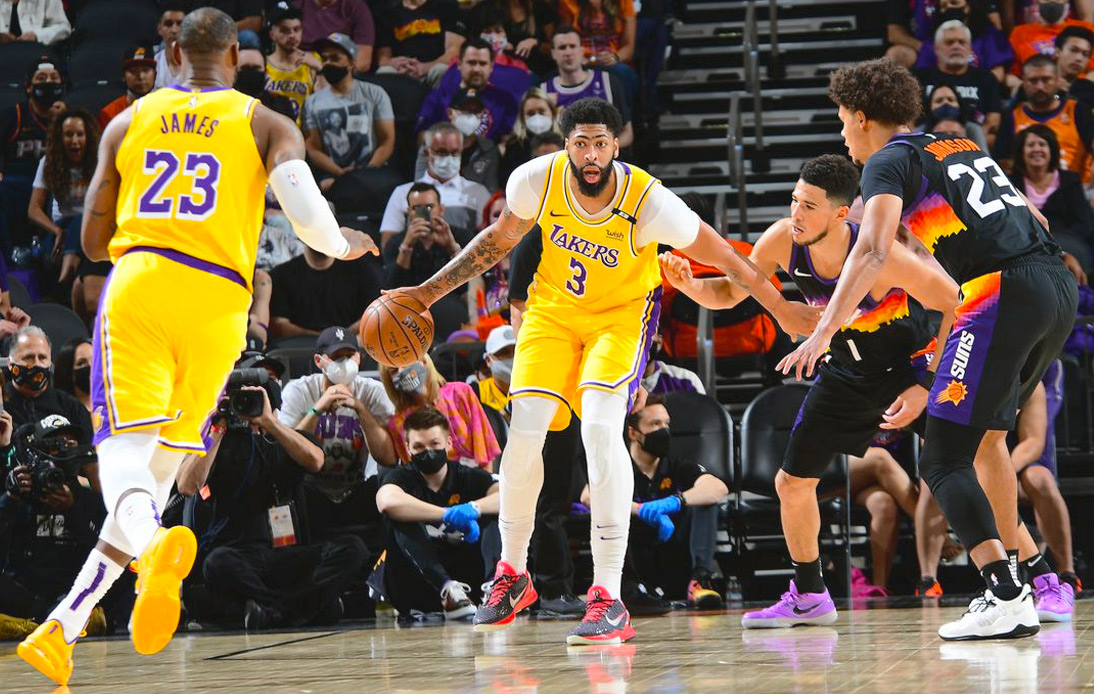 The Los Angeles Lakers earned a valuable 102-109 away win over the Phoenix Suns on Tuesday. In this way, the purple and gold managed to level their NBA Western Conference first round play-off series at 1-1.

The hero of the night was undoubtedly Anthony Davis, who helped his team with 34 points, 10 rebounds and seven assists.

In the first minutes of the game, the Lakers were slightly superior and managed to take the first quarter 24-30. LeBron James also had a very decent performance, providing 23 points, nine assists and four rebounds.

The second quarter was more even and the score was tied at 30-30. Devin Booker (31 points, three assists and one rebound) was the Suns’ most outstanding player.

The game continued to be even, although the visitors were able to take the third quarter 25-26.

Deandre Ayton was another standout player for the Suns, scoring 22 points. The Lakers were smart and kept the lead in a final quarter that ended 30-30.

LeBron James and his teammates will now switch to their home court at the Staples Center for game three which will take place on Friday.

In other results, superstar Kevin Durant scored 26 points as the Brooklyn Nets beat the Boston Celtics 130-108 to lead their Eastern Conference play-off series 2-0.