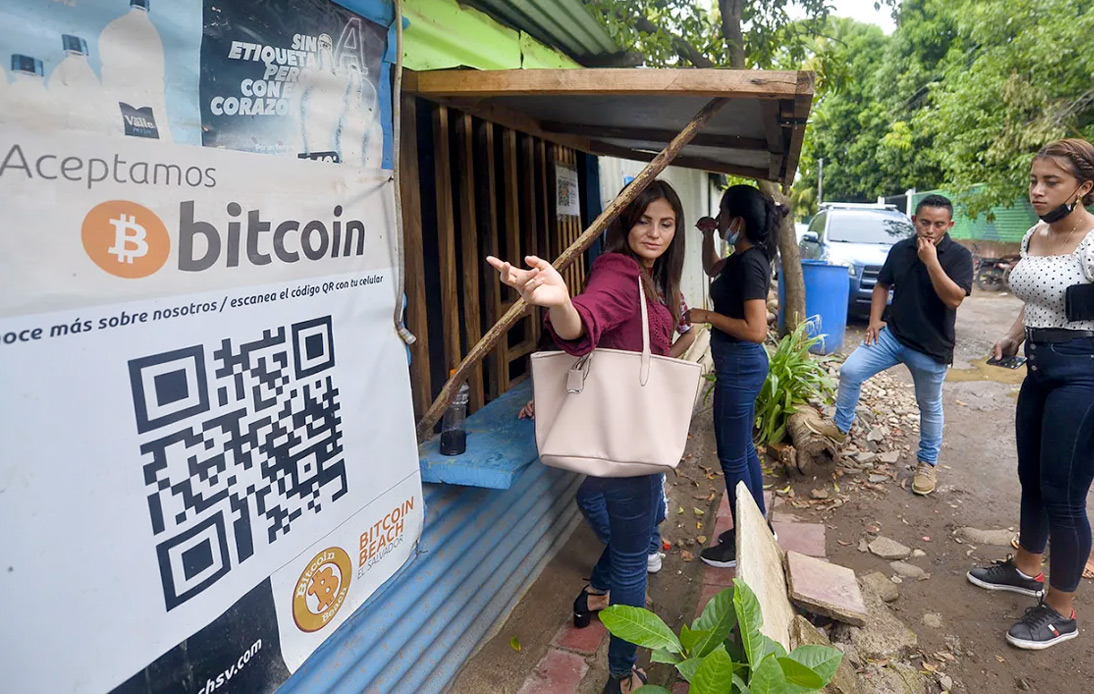 On Tuesday, the world’s largest cryptocurrency, Bitcoin, faced another volatile day after briefly falling more than 10%, reaching a price below its $43,000 mark.

The 11% drop in the digital asset’s price comes after El Salvador’s government adopted Bitcoin as legal tender under a plan announced and approved in June this year.

It became the world’s first country to legally adopt cryptocurrency.

El Salvador’s government ordered all national companies to start accepting bitcoins as a payment alternative for goods and services, except those with technological hindrances, from 3:00 p.m. on Tuesday.

Bitcoin ATMs have also been set up throughout the country.

Will Cong, professor of finance at Cornell University, explained that El Salvador “needs a stable currency system and efficient payment system. To the extent that El Salvador’s government or bank would not create a central bank digital currency, it makes more sense for them to adopt another major stable digital currency, whether it is centrally offered or decentralized.”

However, the measure has been met with some criticism both within and outside the Central American nation, where citizens protested.

Bitcoin’s adoption as a legal tender was good news for the digital asset’s mainstreaming at first.

But the cryptocurrency was affected by the “buy the rumor, sell the news” phenomenon, related to the new Salvadoran policy that is being gestated, leading its price to fall, Edward Moya, a senior market analyst at Oanda, explained.

El Salvador acquired 200 bitcoins previously before buying another 200 on Monday night. On Tuesday, it formally adopted another 150 for a total of 550 bitcoins.

Salvadoran President Nayib Bukele also announced that the government would give residents $30 in bitcoins after downloading the state-run app Chivo Wallet to incentivize the public to start implementing and trusting crypto payments.

Bitcoin had reached $53,000 at its highest price per coin within the Salvadoran activity on Monday.

Shortly after the New York Stock Exchange opened on Tuesday, the cryptocurrency remained relatively flat. However, according to CoinDesk, its price had dropped to a 24-hour low of $42,921 by noon.

Bukele, a right-wing populist elected as president in 2019, wrote in a tweet yesterday noon that he was “buying the dip.” Even after breaking out of its lows, Bitcoin was trading down around 9.5% in the mid-afternoon.

Earlier, the El Salvador president tweeted: “It appears the discount is ending.”