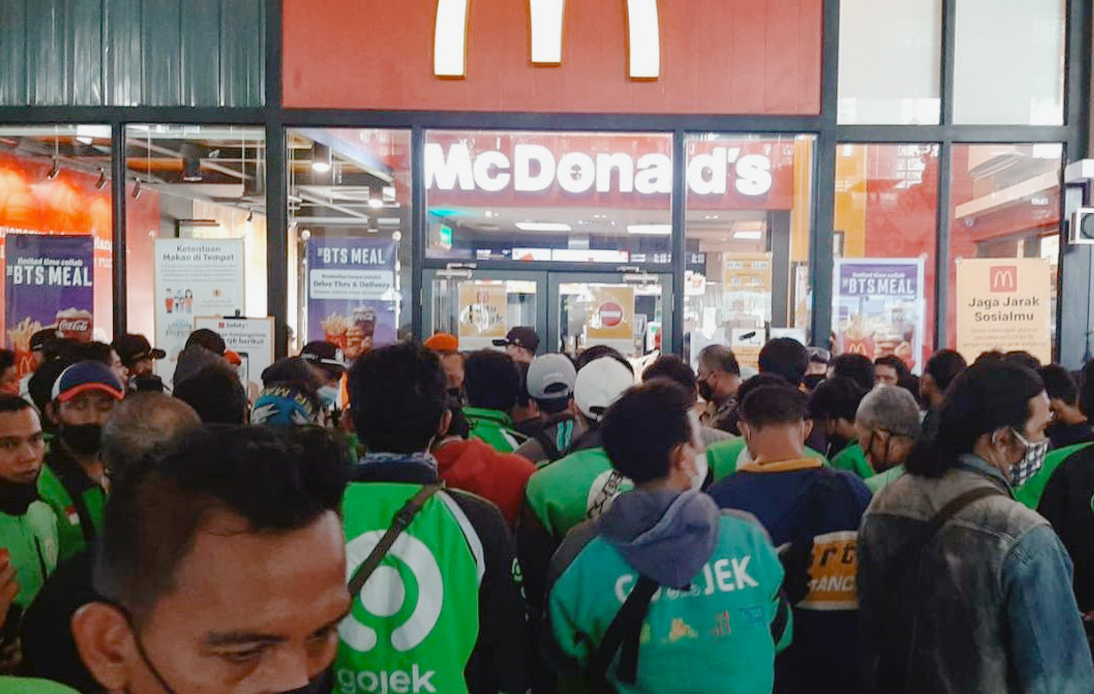 On Wednesday, more than a dozen Indonesian outlets of the world-famous McDonald’s franchise were temporarily closed over fear that COVID-19 would spread after a new BTS food deal prompted frenzied purchases.

Jakarta and other cities in the K-pop mad country put closure stickers in at least 13 outlets.

The move came after stores were deluged with online food-delivery drivers picking up the chain’s meal deal named after the popular seven-member South Korean boy band.

“I don’t want Semarang to be in the Covid-19 red zone again,” Fajar Purwoto added. Indonesia has been one of the Asian nations hardest hit by the COVID-19 pandemic.

Jakarta authorities have not responded to requests for comment.

However, local media said that five stores in the capital had closed over BTS-food orders. The meal set includes chicken nuggets, fries, and a drink that first went on sale in Indonesia on Wednesday.

The deal has been offered in dozens of countries since May.

BTS is one of the current most popular bands, becoming global superstars with millions of fans worldwide since their debut in 2013. They have made history by reaching No. 1 on Billboard’s Hot 100 chart for the fourth time after their latest single, Butter, topped the US-based music chart last week.