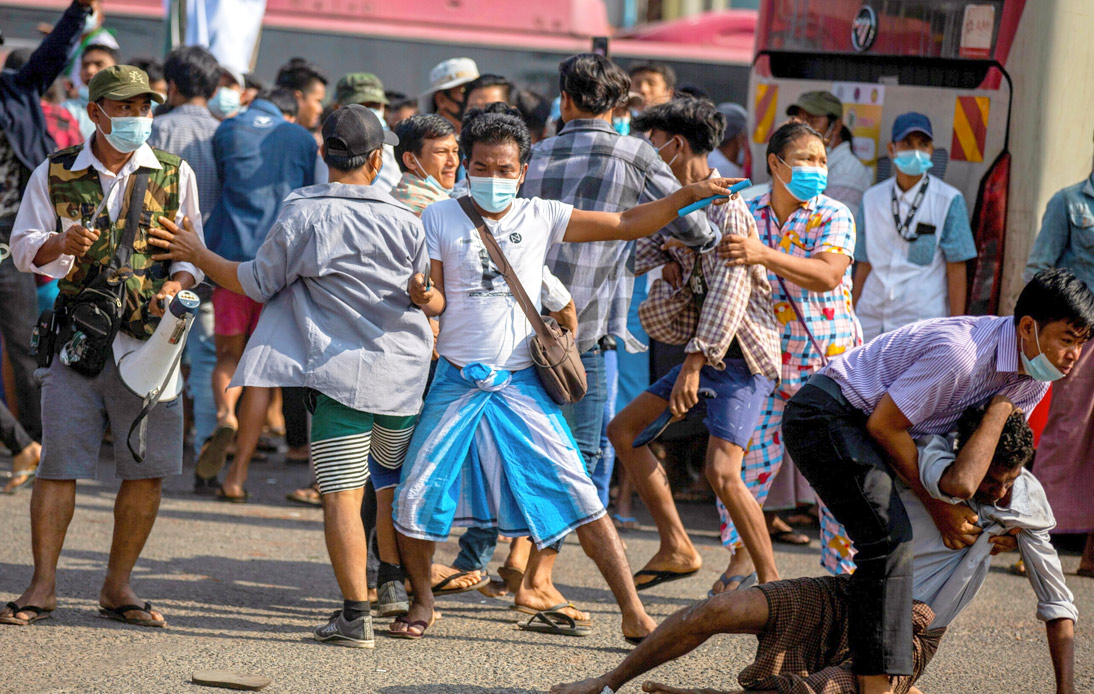 According to reports from activists and human rights organizations, at least 38 protesters died during one of the bloodiest and deadliest days in Myanmar since protests against the military coup began.

A protest in Yangon, the country’s largest city, turned violent after police opened fire against demonstrators.

Reports indicate that the protesters used sticks and knives to defend themselves. Soon after, Chinese companies were attacked, and the military declared martial law to disperse the rallies.

The protesters believe that China supports the Myanmar military.

On Sunday, at least 21 people were reported to have died in Yangon, and more deaths and injuries were recorded in other cities in the country. According to the monitoring group Assistance Association for Political Prisoners (AAPP), the death toll for the day was at least 38.

However, medical workers said the death toll in Yangon’s Hlaing Tharyar area was likely to increase, as many people suffered gunshot wounds.

Since the Burmese military took power on February 1 this year, the country has faced countless rallies. The protesters demanded Aung San Suu Kyi’s release, the country’s civilian leader and head of the National League for Democracy (NLD) party, who was overthrown and detained during the coup.

The NLD won a landslide victory in the November elections last year.

However, the military alleged that the leaders of the Democratic Party had committed widespread fraud. They also accused Suu Kyi of using illegal communication devices and accepting bribery in cash and gold.

But the ousted MPs refuse to accept the coup and have gone into hiding.

MPs leader Mahn Win Khaing Than made his first public address since the coup, urging protesters to defend themselves from military crackdown during what he called a “revolution.”

“This is the darkest moment of the nation and the moment that the dawn is close. The uprising must win,” he said.

What happened to China?

Through Facebook, the Chinese embassy said that many Chinese workers were injured and trapped.

It urged Myanmar to “take further effective measures to stop all acts of violence, punish the perpetrators in accordance with the law and ensure the safety of life and property of Chinese companies and personnel in Myanmar.”