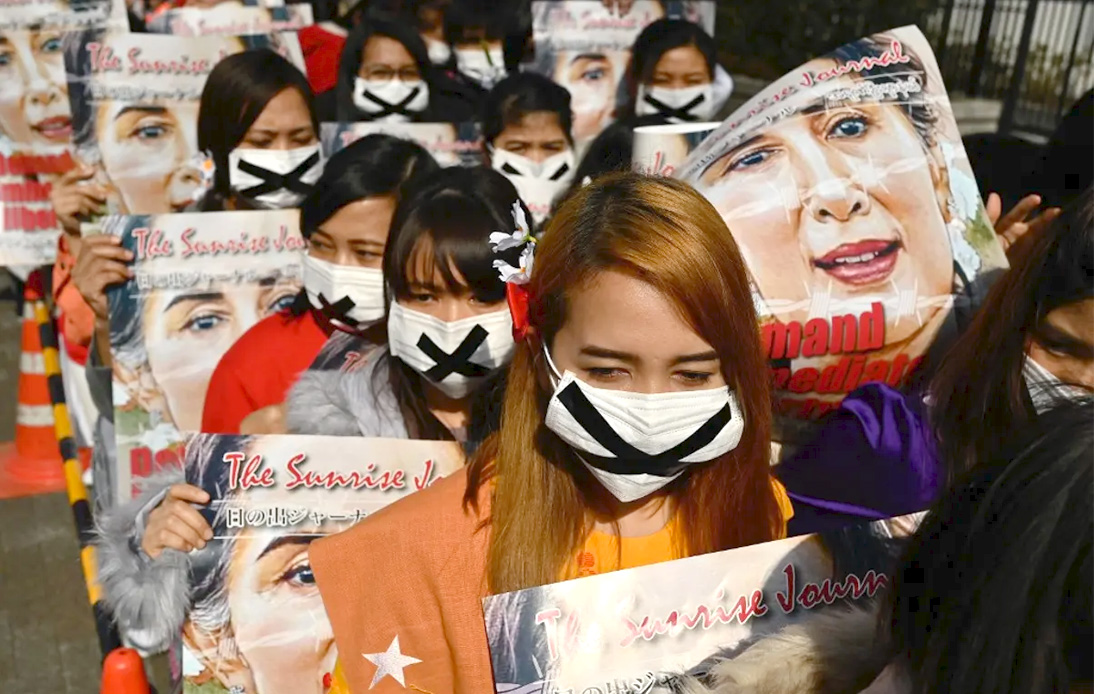 Armored vehicles have been deployed on the streets of various cities in Myanmar in what appears to be an army’s offensive strategy against the protests in opposition to the coup carried out on February 1.

The move came in the midst of a second internet shut down, which was almost completely closed from 01:00 a.m. local time.

Telecommunication operators in Myanmar claimed that they had been ordered to shut down the Internet services from 01:00 a.m. to 09:00 a.m. local time from Sunday to Monday. According to NetBlock, a monitoring group, online traffic was at 14% of normal levels after the blockade was implemented.

Some people said that the security forces were conducting night-time raids on houses.

Likewise, it was reported that the corps of the northern state of Kachin fired shots at a protest on the ninth day of consecutive demonstrations against the military coup. According to Tom Andrews, the U.N. Special Rapporteur on Myanmar, the military declared war on the people.

He also said that the generals were showing “signs of desperation” and would be held responsible.

The coup in Myanmar removed the democratic government headed by elected leader Aung San Suu Kyi. Her party, the National League for Democracy (NLD), won a landslide victory in the November elections.

Ms. Suu Kyi has reportedly been under house arrest since the military took power. They also detained hundreds of activists and other members of the opposition.

Myanmar people and international governments have condemned the coup.

Recently, some Western embassies urged the military to show restraint. A statement signed by the E.U., the U.K., and the U.S. read: “We call on security forces to refrain from violence against demonstrators, who are protesting the overthrow of their legitimate government.”

Furthermore, a U.S. embassy in Yangon warned American citizens not to go outside during curfew hours.

“There are indications of military movements in Yangon and the possibility of telecommunications interruptions overnight between 1:00 a.m. and 9:00 a.m. U.S. citizens in Burma are advised to shelter-in-place during the 8:00 p.m. to 4:00 a.m. curfew hours,” it said.