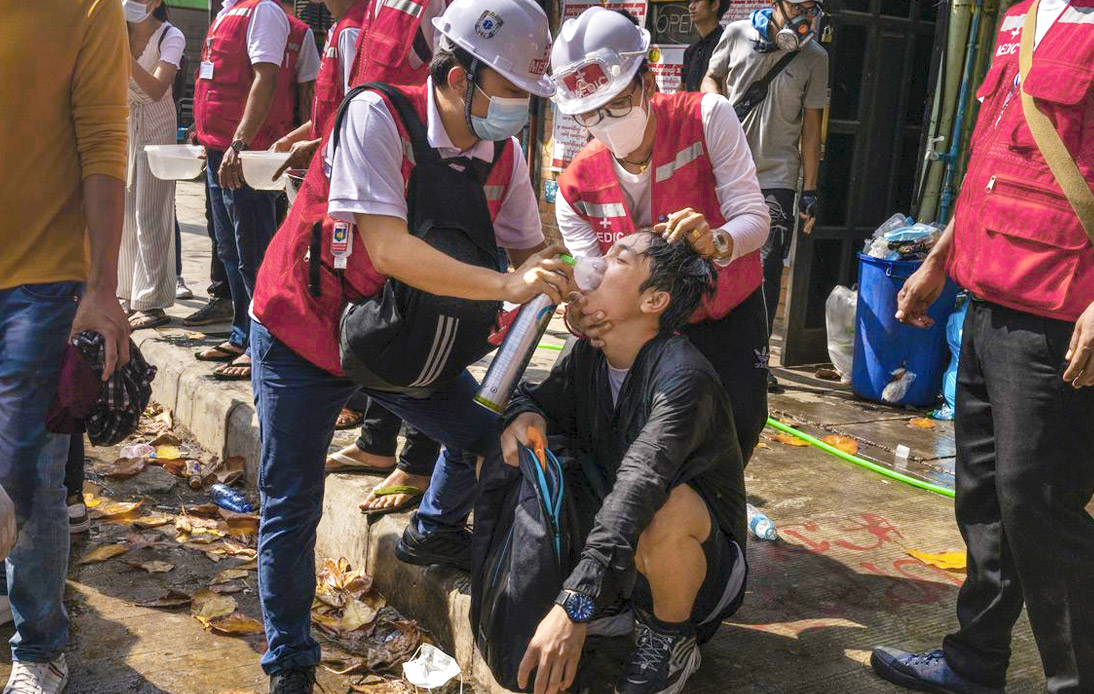 The UN said at least 38 people died in Myanmar on Wednesday, in what it described as the “bloodiest day” since the February 1 military coup.

Christine Schraner Burgener, a Swiss diplomat, currently serving as the United Nations Special Envoy, said there were shocking images coming out of the country and that it seemed likely that security forces were firing live bullets to disperse the demonstrations.

Since the military seized power in Myanmar early last month, mass demonstrations and acts of civil disobedience have increased.

Activists and protesters, including doctors and students, have taken to the streets demanding the release of detained democratic leaders, including elected leader Aung San Suu Kyi. They won a landslide victory in the November elections last year but were overthrown and arrested during the coup.

The violent crackdown comes despite Myanmar’s neighboring nations urged the military to exercise restraint and stop the violence.

According to Schraner Burgener, at least 50 people have been killed, and many have been injured since the protests against the military coup began. She also alleged that one video clip showed police beating an unarmed medical team while another showed officers firing at a protester who was likely killed on the street.

“I asked some weapons experts and they could verify to me, it’s not clear, but it seems that the police weapons like 9mm submachine guns, so live ammunition,” she said.

Other reports from inside Myanmar said security forces opened fire with little warning on large crowds in several cities in the country, including Yangon. Save the Children said two boys, aged 14 and 17, and a 19-year-old woman were among those killed.

Also, a local Reuters journalist stated that at least 30 other people were injured, and at least six people were shot dead during riots in Monywa, central Myanmar. A witness said the Mandalay protesters were killed near their home.

However, the military has not commented on the reported death and stands firm despite international pressure.