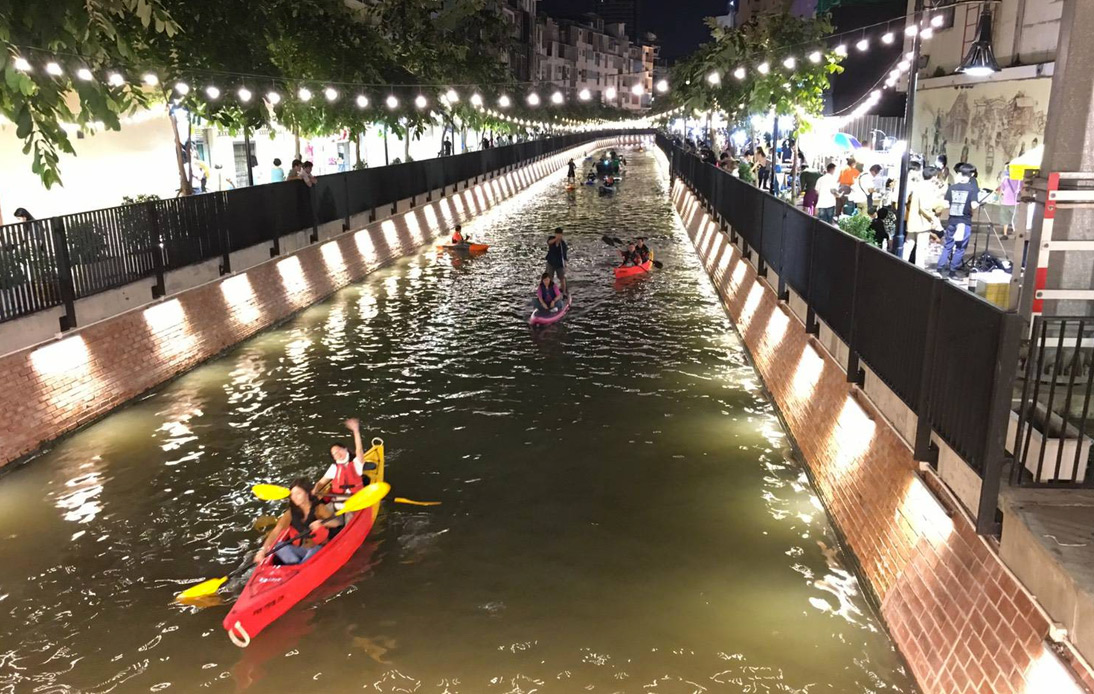 The Bangkok Metropolitan Administration (BMA) was honored by the UN-Habitat’s regional office and its partners which recently organized this year’s ATA and granted Thailand one of its six awards.

Bangkok Governor Aswin Kwanmuang shared a photo of the certificate through his Facebook page on Friday.

He said that UN-Habitat Fukuoka had chosen Khlong Ong Ang as one of six places in the continent that demonstrated outstanding improvement in landscape and other aspects, including arts, safety, culture, and quality of life of people in surrounding communities.

Thailand was one of six countries to win awards.

The other award-winning nations were Japan, China, South Korea, Malaysia, and Nepal. Pol Gen Aswin said those countries served as role models for city planners who enrich people’s lives while conserving the environment.

“I would like to thank every related agency and the public for helping improve Khlong Ong Ang into a beautiful landmark that deserves this international recognition,” he said.

However, the BMA launched a strategy for the area’s recovery in 2015.

Since then, the 750-meter-long canal, which runs from Damrong Sathit Bridge to Osthanon Bridge, has become a public space for locals and visitors.

The area also hosts the Loy Krathong Day event once a year.

Besides, the canal’s buildings lining walls were adorned with graffiti art, depicting the neighborhood’s history, and the BMA designated authorized areas for street food stalls. Thanks to the project, the canal water became cleaner, attracting people to practice water sports such as kayaking or rowing in a boat.

It also offers passersby a variety of street food and products from local retailers, canal trips, and the beautiful scenery of the city. Walking street activities are held on Fridays, Saturdays, and Sundays from 4:00 pm until 10:00 pm with free admission.