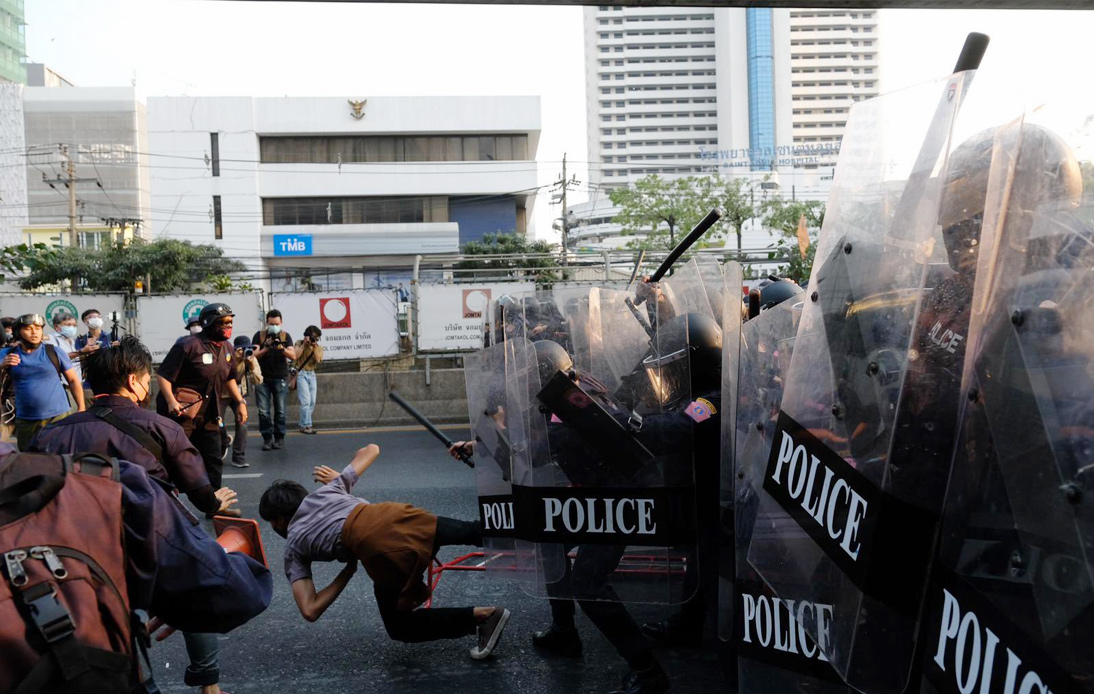 On Monday, riot police were called to break up a demonstration held in front of the Myanmar embassy in Bangkok after the neighboring country’s army detained de facto leader Aung San Suu Kyi and the president in a coup.

Reports indicated that a Thai protester was arrested, and at least two people were injured.

After news about the political situation in Myanmar broke, a group of at least 150 policemen was called to the Sathon Road area to disperse a rally against the military coup. Thailand shares a border with Myanmar, so there are a large number of Burmese living in the kingdom.

The police said that they had arrested a security guard.

However, Piyarat “Toto” Chongthep of the Thai pro-democracy group We Volunteer (WeVo) alleged that at least three people had been arrested. According to police estimates, there were 200 Thai activists, 100 WeVo members, and 100 Suu Kyi supporters from Myanmar at the protest.

Protesters gathered outside Myanmar’s embassy on Sathon Road and demanded the Thai government to condemn the coup.

“Thailand must not endorse and legitimize this coup – as well as coup government,” WeVo said in a statement, adding that, as the country is a member of ASEAN, authorities cannot remain silent after “an evil and unlawful act.”

However, Deputy Prime Minister Prawit Wongsuwon talked about the coup, saying that it was an “internal affair” of Myanmar.

Meanwhile, Parit “Penguin” Chiwarak, a key member of the United Front of Thammasat and Demonstration, compared both countries’ situation, saying that they were quite similar as Thailand has also spent many years under a military dictatorship.