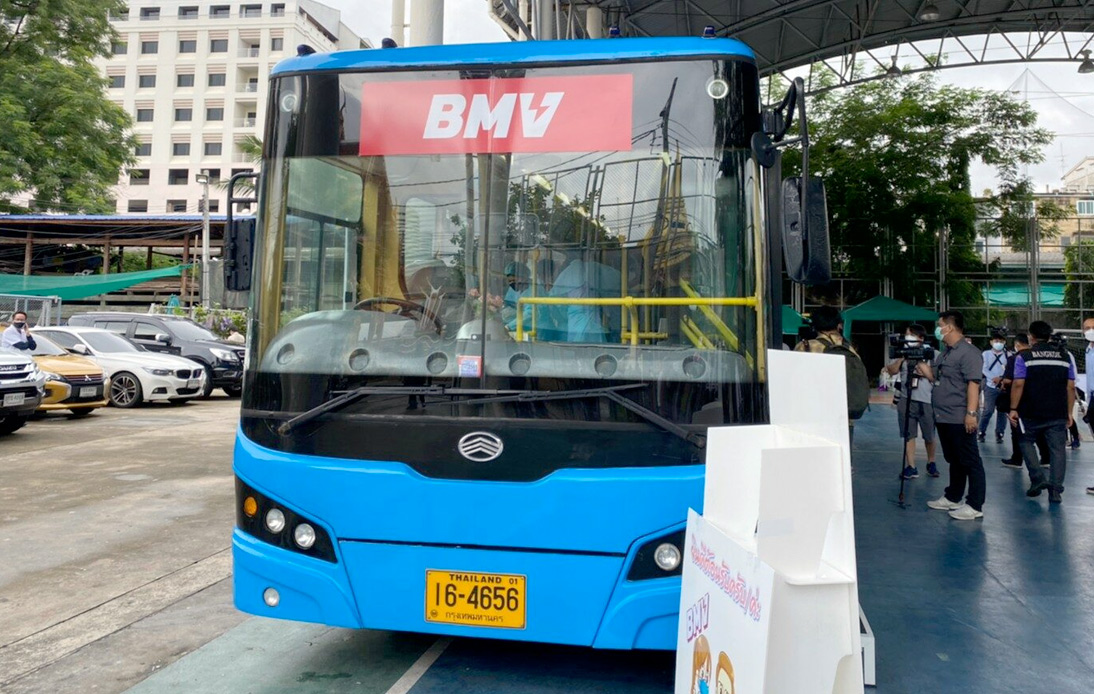 On Wednesday, the Bangkok Metropolitan Administration (BMA) launched a pilot bus service to vaccinate vulnerable groups, including the elderly, against Covid-19 as the government seeks to accelerate the national vaccination campaign.

Since the most contagious Delta variant arrived in the region, Thai authorities have been struggling to contain the country’s worst Covid-19 outbreak since the pandemic began.

One of the government’s objectives is to speed up vaccinations to achieve herd immunity. Therefore, to reach those who cannot travel far from their homes, the BMA has transformed a bus into a mobile inoculation center.

Manat Phumklahan, a 58-year-old Bangkok resident, received his first Covid-19 vaccine dose yesterday. “I can’t really travel much, it’s not convenient for me, but this has made it so much easier,” said the man, who uses a wheelchair.

Another 22-year-old Bangkok resident, Boonsak Suwannakij, described the bus as a benefit for the vulnerable, explaining that he was in a risk group within the capital’s red zone.

“It is more convenient to have this within the local community,” he went on.

Bangkok Governor Aswin Kwanmuang said the bus could move to different locations every day once the procedures are ironed out, adding that more mobile equipment can be brought in.

“This is the first of its kind… We are in the process of building more,” Mr. Kwanmuang told people waiting outside the bus, which was parked beside the Thepnaree Buddhist temple, to receive a Covid-19 shot.

Mr. Kwanmuang explained that only 5-6 people are needed to operate the bus, including the driver, three doctors to administer vaccines, and two medical staff members to handle the paperwork.

Around 1,000 people could be vaccinated against the pandemic disease daily on the bus, he stated.

The country’s vaccination campaign rollout was slow at first compared to some neighboring countries. To date, about 16.5% of Thailand’s 72 million all-nationalities population has received both doses of a Covid-19 vaccine.