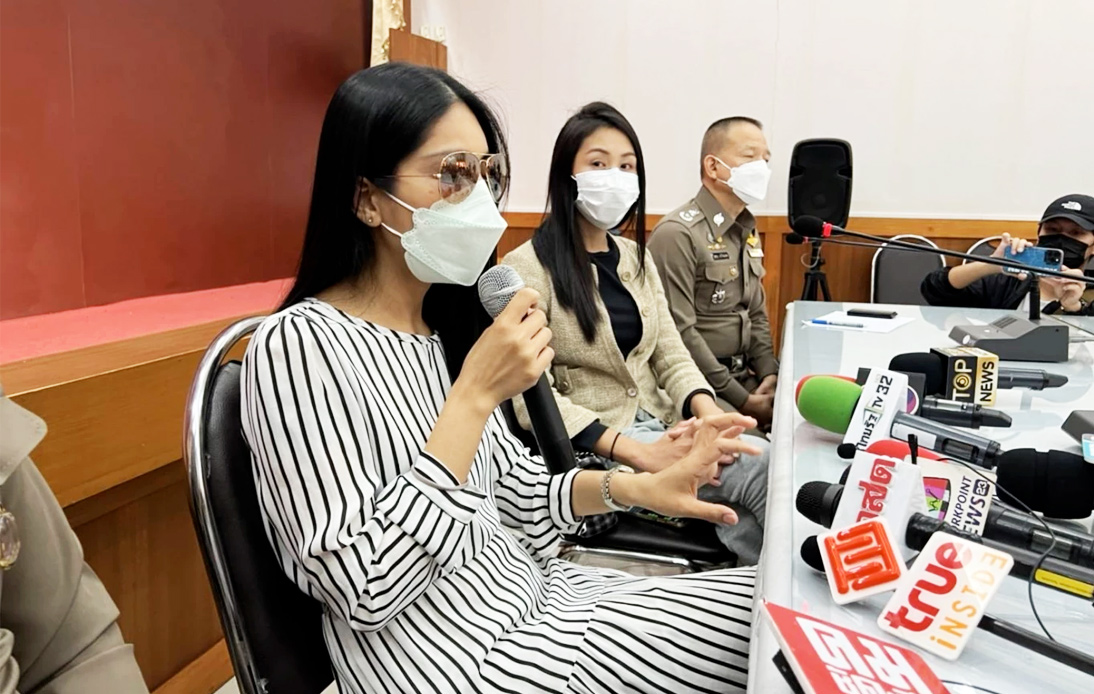 When police interrogate those who were aboard the speedboat with TV actress Nida “Tangmo” Patcharaveerapong when she fell into the Chao Phraya River and drowned last week, they intend to make use of lie detectors.

Pol Gen Suwat Jangyodsuk, the national police commander, stated on Monday that a lie detector was a tool that would help with the investigation.

“Every response from Nida’s friends must be supported by logic… Police will investigate who they contacted after the event, as well as whether or not there was any physical violence. If there was a disagreement or life insurance involved, the police will make it apparent, ” the National Police head Suwat commented.

Panida Siriyutthayothin, Tangmo’s mother, has gone on record to say that she does not believe her daughter’s death was an accident, and that she suspected foul play to be involved.

On Monday, Pol Gen Suwat visited the Cyber Crime Investigation Bureau to review the status of the investigation into the death of the 37-year-old TV star who died last Thursday night after falling from a speedboat into the Chao Phraya River in Nonthaburi.

Investigators believe that by doing so, they should be able to get a better picture of what transpired, he added.

The five people’s first testimonies corroborated each other, but authorities were investigating all avenues that piqued society’s curiosity, according to Pol Col Chaturon.

Muang Nonthaburi police submitted the late actress’s cellphone to the Cyber Crime Investigation Bureau for inspection, which should be completed this week, according to Pol Col Siriwat Deepor, deputy commander of the bureau.

Mr Tanupat, the speedboat owner, and Mr Phaiboon, the boat’s driver when Nida died on Thursday, have already been charged.

They are accused of operating an unauthorized watercraft as well as the more serious accusation of negligence resulting in a person’s death.

The second charge is punishable by a maximum punishment of 200,000 baht and/or ten years in jail. On Sunday, the two men were freed on bond.

Around 10.40 pm on Thursday, the actress fell into the river. Her corpse was discovered at 1pm on Saturday.

According to her friends with her, she walked to the rear of the boat to relieve herself and fell into the river.